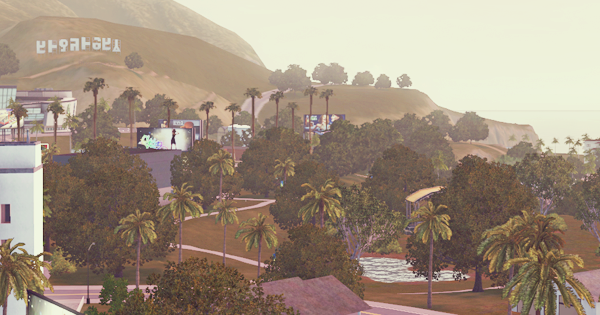 Starlight Shores is a neighborhood in The Sims 3: Showtime expansion pack. It was announced officially in an EA press release.

§95,000
Difficulty: 6
Paul Best, Catherine Best, Evan Best, Calvin Best, Mandy Best, Abigail Best, Maria Best
The polar opposite of the Gooders, the Best family is a progressive group of Sims who know that the only way to success is through hard work. After a divorce between Paul and his wife, their son Evan and his family moved in to fill in the large house with their growing family. Can the family stay close knit as the children grow up and Evan works a dangerous job that keeps him away from home? And what will happen when the family discovers the new relationship between Calvin and Natasha Gooder?

§4,700
Difficulty: 2
Sadie Mason, Rich Richmond, Mercedes May
Rich and Sadie are a happy couple who invited their friend Mercedes to move in with them. The original plan was for Sadie to help Mercedes jump start her Singing career, but now Sadie is worried Mercedes is garnering her fame. Worst yet, Mercedes has taken a liking to Sadie's boyfriend Rich as well. Did Sadie make a mistake in inviting Mercedes into her home, or will Mercedes attempts to steal both Sadie's boyfriend and fans fall flat?

Starlight Shores in Fall
Add an image to this gallery

Retrieved from "https://sims.fandom.com/wiki/Starlight_Shores?oldid=579139"
Community content is available under CC-BY-SA unless otherwise noted.