The Shallow family is a wealthy family living in Riverview. This family consists of June and Tom Shallow, their daughter MaryKay, son Dallas and Tom's father, Kurt Shallow. Every member of this family has the Evil trait, which seems to be genetic. Their last name is likely related to this trait. They appear to be the complete opposite of the neighbouring Grisby family, who all have more positive traits but unattractive appearances. 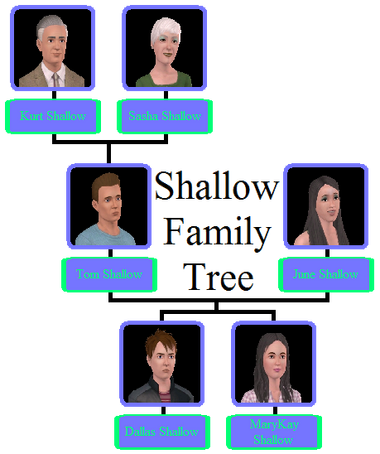 Retrieved from "https://sims.fandom.com/wiki/Shallow_family?oldid=824975"
Community content is available under CC-BY-SA unless otherwise noted.