The Sims Wiki
Register
Don't have an account?
Sign In
Advertisement
in: Worlds in The Sims 4, City Living, San Myshuno
English 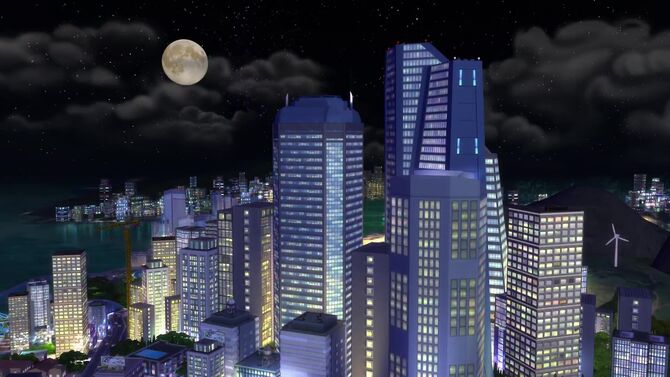 San Myshuno is a world introduced in The Sims 4: City Living. It is a coastal city surrounded by mountains, with a river running through the middle. It is packed with many diverse Sims of different cultures and sprawling with activities and festivals. This world is based on a variety of modern cities from around the world including Shanghai, Tokyo, Vancouver, San Francisco, Hong Kong, New York, and Sydney. It also features elements of Indian, Chinese, Japanese and Moroccan cultures.[1]

Festivals are happening daily in San Myshuno, so you'll never be short on fun things to do!

Who needs sleep? Experience the city at night and all the unique city folks you may meet

San Myshuno consists of 4 neighborhoods and one special lot.

§9,600
Salim Benali
Salim has grown up in the Arts Quarter, surrounded by poets, musicians and artists. He's determined to become a great writer… right after he's finished that book. Oh, and that video game he needs to beat. Come to think of it, he needs a nap too.

§3,200
Jesminder Bheeda, Arun Bheeda, unborn baby Bheeda
With a baby on the way and a tiny city apartment, will Jesminder and Arun find space for their bundle of joy? Will Jesminder keep her mixology job when the baby comes, or would she rather stay at home and paint?

§60,000
Victor Feng, Lily Feng
Victor is a respected and high-powered politician. Lily is a tough businesswoman. Their respectful, yet somber nature masks their sinister, secret plans to one day take over San Myshuno!

§5,600
Baako Jang, Anaya Jang, Billie Jang
Baako and Anaya came to the bustling city of San Myshuno so Baako could broaden his career as a rising comedian and so Anaya could get clarity on which one of her passions to focus on as her career: inspiring songstress or successful painter? Their quirky kiddo, Billie is happy to be along for the ride. This social butterfly has no filter when it comes to making new friends - even if that involves barging in uninvited to her neighbors' apartments!

§9,600
Miko Ojo, Akira Kibo, Darling Walsh
Miko's a peppy aspiring politician who shares a room with her basketball-loving buddy, Darling. Their charismatic roommate, Kibo is downright dreamy in Miko's eyes, but he couldn't be more oblivious to her obvious flirting. Will their mutual love for karaoke bring them together?

§12,500
Diego Lobo
Established and novice artists alike shudder in anticipation for the day Diego Lobo steps his critical foot into their gallery. Impress him and you'll have it made for life. But if one brush stroke is off, if just one hue is not quite to his liking, you may never work in this town again

§4,000
Penny Pizzazz
Penny is THE source of the coolest happenings and the latest trends in San Myshuno. But will this Online A-Lister's staunch dedication to her career get in the way of finding romance?

§9,600
Geeta Rasoya, Raj Rasoya
Raj may be a successful Chef, but his critical mother still worries about when he's going to find a nice girl and carry on the family line…

With The Sims 4: Seasons installed, San Myshuno experiences four seasons. Spring temperatures range from cool to warm with sunny or rainy weather. Summers are hot with heat waves, as well as rain and thunderstorms. Fall temperatures are cool to cold with cloudy and rainy weather. Winters include cold to freezing temperatures, cloudy skies, and snowfall, including blizzards.