Ree Treave is a pre-made repo-man who resides in Twinbrook, the world introduced in The Sims 3: Ambitions. He can be made playable by befriending and asking him to move in, or by marrying him. He is 17 days away from becoming an elder. His name is a pun on the word "Retrieve". He doesn't have any skills and relationships at the start of the game. His female counterpart is Colette Dette.

Ree does not have the evil or mean spirited traits, unlike most other repo-men. 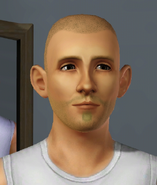 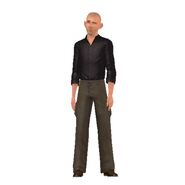 Ree's everyday clothing
Add an image to this gallery
Retrieved from "https://sims.fandom.com/wiki/Ree_Treave?oldid=898958"
Community content is available under CC-BY-SA unless otherwise noted.