The Sims Wiki
Register
Don't have an account?
Sign In
Advertisement
in: Featured Articles, Weather, Seasons (The Sims 2),
and 3 more
English 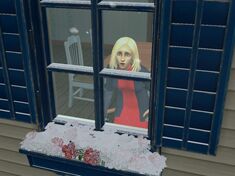 Precipitation is a change of weather, caused by water evaporating and condensing in the air, building up humidity. When humidity reaches maximum, precipitation occurs.[1] This feature is introduced in The Sims 2: Seasons and The Sims Castaway Stories, and is carried over to the later titles in the series by The Sims 3: Seasons and The Sims 4: Seasons. While Sims can get weather forecasts by reading the newspaper or watching the weather station on TV, they are not notably useful for predicting precipitation. There are three kinds of natural precipitation (rain, hail, and snow), and an artificial one (rain of fire). Each of the natural precipitation types may occur early in the following or preceding season, not only the current one. Thus, heavy snow may occur on the first day of spring if winter was just over, and a heavy snowfall occurring when winter changes to spring will continue. The likelihood of a snow storm in the middle of summer is extremely small.

Snow is primarily a winter event, though some days in spring and fall may get cold enough for brief snow flurries to occur. There are few differences between light and heavy snow, other than how quickly snow will pile up on the ground. There are many activities that can be done in snow, but most activities are only available in heavy accumulation. Playing in snow will lower Sims' temperature quickly; this can be mitigated slightly by wearing outerwear. In The Sims 2: Seasons, snow also attracts penguins.[TS2:S] Snow on the ground will eventually melt if no more snow falls. Melting snow will leave puddles which behave like rain puddles.