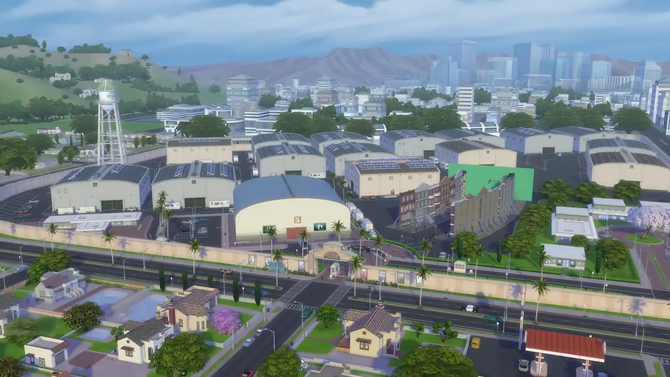 Plumbob Pictures is a hidden neighborhood in Del Sol Valley that functions as the workplace for the Actor active career. The studio lot changes daily depending on what is being filmed there.

The studio's main feature is a big stage in the middle that has a different layout and set of props for each production. In front of it are various cameras and filming equipment, as well as a chair for the director. Further back is a snack table where film crew and actors can mingle, and microphones and mirrors for actors to practice their lines.

Other rooms in the studio include a dressing room with a stylist on duty, a hair and makeup room with a makeup artist manning a styling station, and two small bathrooms.

None of the typical neighborhood amenities are present, aside from a few benches and trash cans near the front of the lot.