The Sims Wiki
Register
Don't have an account?
Sign In
in: Objects, Objects in Late Night, Plants,
and 7 more
English

Plasma fruit is a food introduced in The Sims 3: Late Night and The Sims 4: Vampires. They are used to satisfy the thirst of vampires.

These fruits have a pulsing red heartbeat effect and they satisfy vampires' thirst motive. All Sims can purchase plasma fruit from the local supermarket. Sims can grow this fruit with the gardening skill at level 7. Depending on the quality, plasma fruit will give vampires a designated moodlet. (e.g. Nice quality or higher, Sated; Perfect quality, Sanguine Snack) Vampires have wants about eating plasma fruit. In this case the want will indicate a fruit looking like an apple with a drop of blood under it. Vampires with the Vegetarian trait must live entirely on plasma fruit when not near a refrigerator. Normal Sims get ill when they eat or drink plasma-based foods.

Like other fruits, plasma fruit can be made into nectar. If normal Sims drink the resulting nectar they will get sick, as though eating a plasma fruit. As such, the same care should be taken to keep plasma-based nectar out of their hands.

Plasma fruit can also be used to make cooked food, like pancakes (assuming the vampire has the required cooking skill level). To do so, just put them inside a fridge or the cooking Sim's inventory and make a dish that requires fruit or accepts any ingredient.

The fruit is now shaped more like a bright pink onion, despite being red in the previous game. They still satisfy vampires' thirst motive. Plasma fruit cannot be purchased until a Sim attains level 8 Vampire Lore, at which point it can be purchased from any computer under the Vampire Secrets section for §300. The fruit can also be found, growing wild in Forgotten Hollow. Sims can grow this fruit with the gardening skill.

Plasma fruit can be used in any recipe that calls for any fruit. It can also be made into special drinks or meals, designed to help vampires. All drinks and food spoil like normal food after 10 hours, unrefrigerated. Plasma Fruit Salad can be used to satisfy thirst. Although it takes longer to eat, it can provide the Delicious Vampire Dish! moodlet (+1 happiness), if prepared with a high cooking skill, and up to 8 servings can be made with one fruit. The Plasma Jane drink can also be used to satisfy thirst. Again, it takes longer to drink, but can provide the Smooth Sipping moodlet (+1 happiness). Both the Plasma Fruit Salad and the Plasma Jane satisfy about as much thirst as a single plasma pack. Plasma fruit can also be made into a Sunlight Reversal Cocktail, along with two garlic. The cocktail will cause a vampire to gain the Daywalker's Delight moodlet, which provides +3 Energized and causes the vampire to restores energy when exposed to sunlight, instead of losing it for four hours. This cocktail can also gift the Smooth Sipping moodlet. The Draught of Reconfiguration is made with two plasma fruit, two garlic, and two wolfsbane, and can be used to reset Vampire Powers. Lastly, The Ultimate Vampire Cure is made out of ten plasma fruit, ten garlic, and ten wolfsbane. Naturally, this cures vampirism from any Sim. If a non-vampire sim is to eat Plasma Fruit (or food containing it) they get a negative modifier called "Foul Fruit" giving Uncomfortable +3 for 30 minutes. 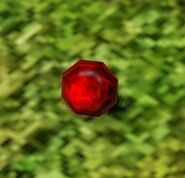 A plasma fruit during daylight

A plasma fruit on a table 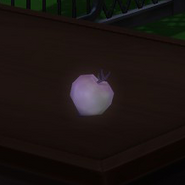 A plasma fruit at night 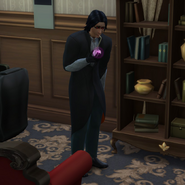 A vampire drinking a plasma fruit 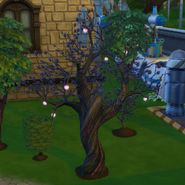 A plasma fruit tree in daylight 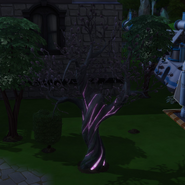 A plasma fruit tree at night

Français
Community content is available under CC-BY-SA unless otherwise noted.