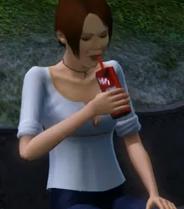 A Vampire drinking a Plasma pack

Plasma is a nutrient-rich component of blood, including Sim blood. It is used by vampires in The Sims 3: Late Night and The Sims 4: Vampires to satisfy their thirst motive, which they have instead of hunger.

As stated in a Twitter session with Grant Rodiek, vampire Sims are also able to grow plasma fruits, which they can buy from the grocery store, at night in their own personal gardens. Vampires will also be able to eat plasma packs, which function the same as snacks for human Sims. A vampire can also raid the hospital for Plasma packs, or raid the grocery store for Plasma fruits.

If vampires have the Vegetarian trait, they are limited to only plasma fruit, instead of plasma from other Sims. If a regular Sim ingests any plasma product, they will become ill. Plasma packs are only available to Vampires, and regular Sims can't drink from Plasma packs.

Plasma, plasma packs, and plasma Fruits return in The Sims 4: Vampires. Plasma packs can be ordered on the computer by a Sim who has studied the vampire lore skill. Plasma packs can also be created from fish or frogs by Sims who have a high enough vampire lore skill; these packs will be of higher quality and quench more thirst. If a lot has the trait "registered vampire lair", Sims will occasionally receive plasma packs through the mailbox. Normal Sims can be asked for a drink, or compelled into letting the vampire bite them. If a Sim has purchased a certain vampire power point, they can "drain life spirit" from another Sim; this will provide the highest amount of plasma but the victim will pass out. 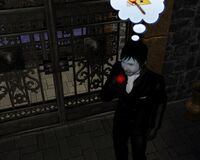 A vampire eating a Plasma fruit 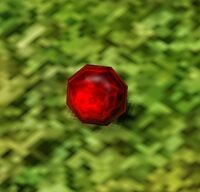 Plasma fruit
Add an image to this gallery
Retrieved from "https://sims.fandom.com/wiki/Plasma?oldid=907875"
Community content is available under CC-BY-SA unless otherwise noted.