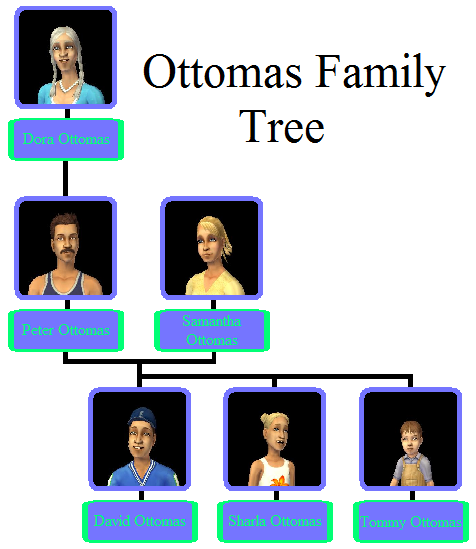 There is a known bug in the game that gives the twins a random father (and in some cases, a second biological mother) instead of listing Peter as the father. Their father is always a random Sim. It could be a Townie, an NPC (e.g. the Repo-man or Grim Reaper), a child, a woman, or even a pet[citation needed]. This is addressed in the Seasons patch, but the patch will only fix instances of the family that are in the Family Bin. Also, sometimes the twins look deformed or come out with no eyes or nose or even other body parts. In neighborhoods where they have been housed before the patch was applied, the bug will not be fixed.

Retrieved from "https://sims.fandom.com/wiki/Ottomas_family?oldid=163312"
Community content is available under CC-BY-SA unless otherwise noted.