The Ottomas family is a pre-made family available with The Sims 2: Seasons. After Seasons is installed, they appears in the family bin for all neighborhoods. The family consists of six Sims; Dora, Peter, Samantha, David, Sharla, and Tommy Ottomas. Dora is Peter's mother, and Peter is married to Samantha. They have three children; David, Sharla, and Tommy. At the start of the game, Samantha is pregnant with twins. 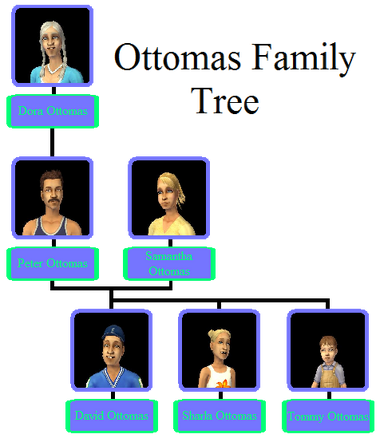 Retrieved from "https://sims.fandom.com/wiki/Ottomas_family?oldid=452810"
Community content is available under CC-BY-SA unless otherwise noted.