The O'Mackey family is one of the pre-made families in Riverblossom Hills, which came with the Seasons expansion pack. The family originally included Gabe O'Mackey and Alexandra O'Mackey before they divorced, prior to the start of the game, when Alexandra wanted to have her own life. Alexandra O'Mackey can be found in the family bin. They are the parents of Jules O'Mackey, who is a teen at the start of the game. Gabe O'Mackey is currently dating Patricia Wan. Gabe has a brother, Jason Greenman, who changed his last name to that of his wife, a PlantSim named Rose Greenman. They have one spore daughter, Daisy Greenman. 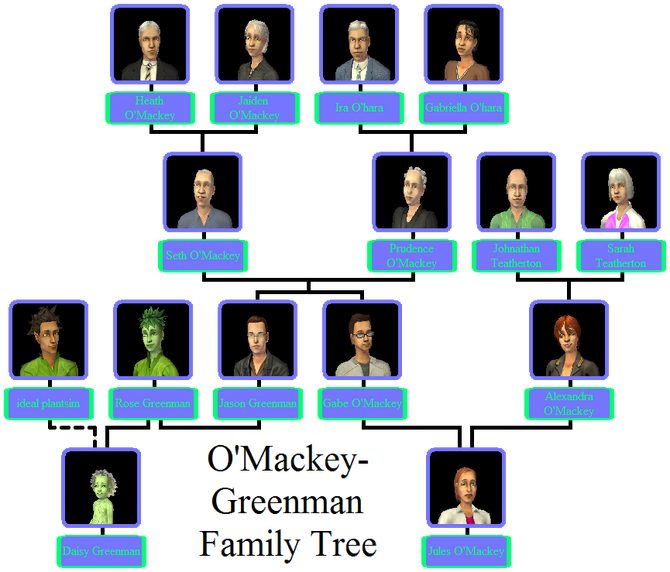 Jules and Gabe with the Greenman Family.
Add an image to this gallery
Retrieved from "https://sims.fandom.com/wiki/O%27Mackey_family?oldid=903224"
Community content is available under CC-BY-SA unless otherwise noted.