Nick Zit is a pre-made burglar who resides in Twinbrook. He can be made playable by marrying him, or asking him to move in. His name might be a pun on "nicks it", probably referring to Nick having the kleptomaniac trait and being a burglar. He is 17 days away from becoming an adult. Due to having the unlucky trait, he may be easy to get caught by the police. His female counterpart is Cat Stielburg. 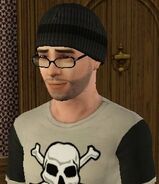 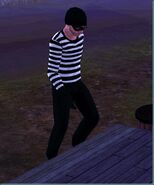 Nick in his thief uniform 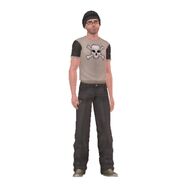 Nick's everyday clothing
Add an image to this gallery
Retrieved from "https://sims.fandom.com/wiki/Nick_Zit?oldid=898904"
Community content is available under CC-BY-SA unless otherwise noted.