The Sims Wiki
Register
Don't have an account?
Sign In
Advertisement
in: Worlds in The Sims 4, The Sims 4, Newcrest
English 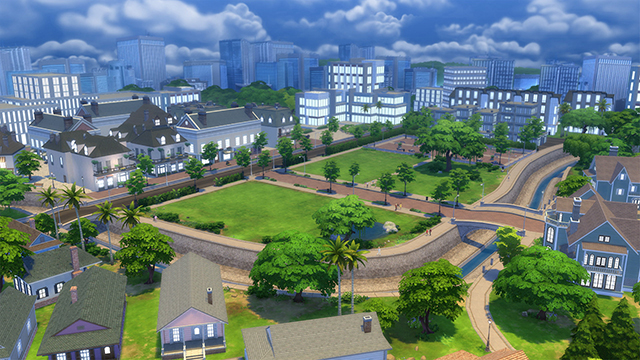 Newcrest is a world shipped with The Sims 4. It was released via a game update on June 11, 2015.[1] Newcrest is based on a variety of modern suburban cities and neighborhoods. It has high-rises in the background.

Looking for a vast open space to ponder your next building project? Look no further

Not everyone wants an adrenaline rush on their vacation. Find peaceful refuge here

Newcrest consists of three neighborhoods, each with five lots of varying sizes. Unlike other worlds for The Sims 4, Newcrest does not contain any pre-built lots. There are visible houses and high-rises if the player angles their camera in-game, but these serve only as decoration and the player cannot enter them.

Newcrest has three new neighborhoods and each neighborhood has five empty lots, giving a total number of 15 empty lots for players to build on.

With The Sims 4: Seasons installed, Newcrest experiences four distinct seasons. Summers include warm to heat wave temperatures and occasional thunderstorms. Winter weather consists of cold to freezing temperatures along with snow and blizzards. Fall and spring typically experience warm and cool temperatures with some rainy days.