Not to be confused with Nervous Subject.

This version of Nervous Subject is hidden in the game files. He is also the Nervous who Olive remembers giving birth to. He is unplayable. It is also unknown if the Grim Reaper is his father because Olive (and all of her family) has dark skin while Nervous' is light and the Grim Reaper has no genetics. He can be found using SimPE and he will have a second thumbnail in the Elder Stage hidden in his character files. This Nervous appears in the story-telling images of the Beaker family. He also has memories, which is unusual for a hidden Sim.

Oddly he recognizes Willow and Ophelia Nigmos as his aunt and cousin respectively and vice-versa but does not 'know' them causing them to appear in the unrelated category in SimPE. The playable Nervous does not have relations to Willow and Ophelia.

The hidden Nervous Subject starred in an old The Sims 2 video Friday the 13th. Nervous is seen suffering throughout the day and ultimately died by satellite at the end of the video. In the said video, he has the teen male voice instead of the adult male voice.

Despite being a hidden Sim, Nervous also has memories that can be found in SimPE.

Genetic personality
Nervous was born with 10 neat points, 1 outgoing point and 2 playful and nice points. A Sim created with this personality will be a Virgo.

Nervous as he appeared in TS2. Note that Loki and Circe also have different faces.

Another screenshot that Nervous appears on. 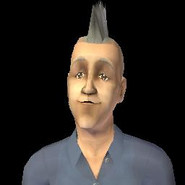 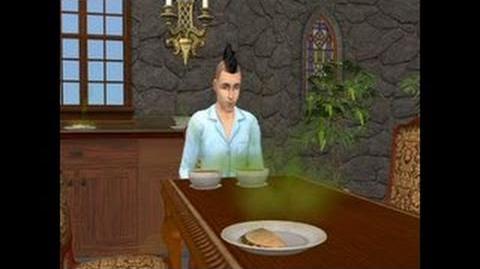 The Sims 2 PC Gameplay - Friday the 13th-0
Add an image to this gallery
Retrieved from "https://sims.fandom.com/wiki/Nervous_Subject_(hidden)?oldid=921932"
Community content is available under CC-BY-SA unless otherwise noted.