Mikhail Starke is a pre-made townie who resides in Bridgeport. He is usually seen working as a Bouncer, though when first loaded, he starts out unemployed. He has mastered Mixology and has seven points in Handiness. He carries two books and a Big Lemon in his inventory. Unusually for a pre-made young adult, he only has four traits instead of the usual five. He can be made playable by marrying him, or asking him to move in. 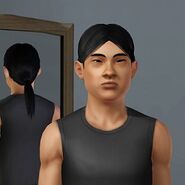 Mikhail as a bouncer. 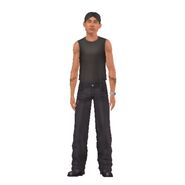 Mikhail's everyday clothing
Add an image to this gallery
Retrieved from "https://sims.fandom.com/wiki/Mikhail_Starke?oldid=915019"
Community content is available under CC-BY-SA unless otherwise noted.