The McDermott family is a pre-made family living in Riverview. The family consists of Luke, Ginny, Maximus, and Travis McDermott. Their name may be a reference to "Old MacDonald", the farm song.

The McDermott family is mentioned in one of the object descriptions from The Sims 4: Movie Hangout Stuff. 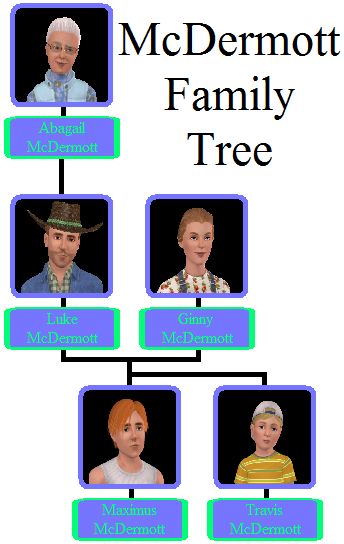 Retrieved from "https://sims.fandom.com/wiki/McDermott_family?oldid=824985"
Community content is available under CC-BY-SA unless otherwise noted.