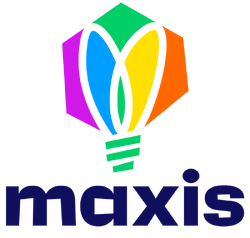 The current Maxis logo, introduced in 2022

EA Maxis (formerly Maxis Software, or simply Maxis) is an American company, founded by Will Wright and Jeff Braun in 1987 as an independent video game developer. It was acquired by Electronic Arts (EA) in 1997, and is now one of EA's four major development labels. Maxis focuses on developing casual games for traditional and non-traditional gamers.

Maxis' second software title was the highly influential SimCity, a city simulation and planning game. Maxis is also the creator of The Sims series of video games, starting with The Sims in 2000. The Sims is a major franchise for EA and Maxis, and is currently the most successful PC game franchise of all time, with The Sims 2 recognized as one of the best-selling PC games ever.

Most of the Maxis titles are simulation-based, though none are considered traditional simulations. Maxis founder Will Wright likens them as "digital playgrounds." Maxis has also released games developed by other production houses, such as A-Train, sometimes with less than stellar results.

Maxis was founded in 1987 by Will Wright and "idea guy" Jeff Braun to help publish SimCity on home computers. Before then, the game was only available on a limited basis on the Commodore 64 due to few publishers showing any interest in porting it. The reason for this is because SimCity wasn't a traditional game that had definite "win" and "lose" conditions. The title went on to become, statistically, one of the most popular and successful video games of all time.

After such success with the SimCity series, Maxis tried various other Sim- titles. Some of these attempts include SimEarth, SimAnt, SimTower, SimLife, SimIsle and SimFarm. The success of these franchises varies, but none matched that of the original SimCity. Maxis' hit The Sims is the only very notable exception. Other games developed by Maxis, in addition to the SimCity series and Sim- series, include RoboSport (1991), Marble Drop (1997), and Spore (2008).

After the immense success of SimCity, Maxis attempted to go into new areas. However, their new games, including The Crystal Skull and SimCopter, were commercial failures. They also acquired Cinematronics to create a game called Crucible. Heavy losses and lack of direction led Maxis to begin considering acquisition offers.

Electronic Arts (EA) completed its acquisition of Maxis on July 28, 1997. Compared to other companies acquired by EA, such as Origin Systems and Westwood Studios, the absorption of Maxis has taken a slower pace, and the company has retained some of its original staff, including Will Wright. Products were shipped under the Maxis logo for several years, but in 2004, The Sims 2 only bore the Electronic Arts logo on the box cover (although The Sims 2 displays the Maxis logo at game start, and on the reverse side of the box). As of October 18, 2006, and the release of The Sims 2: Pets expansion pack, the Maxis title has been omitted from the game's start.

Will Wright's studio (who was developing Spore) is located in Emeryville, California.

Maxis' most successful series to date is The Sims (2000). Released despite concern from Electronic Arts that it would be a commercial failure, it has gone on to become the most successful computer game in history. Maxis has developed seven expansion packs for the game as well as an online version (The Sims Online). Maxis released The Sims 2 in 2004, a sequel title that features a full 3D environment as opposed to the original's pseudo-3D diametric engine. The Maxis logo is no longer featured upon the start-up of more recent The Sims 2 expansion packs. However, the logo can still be found on the back of the CD case and on the start up of the base game. It is now added onto the front cover of The Sims 3: University Life and into the startup logo intro of The Sims 3. Its last appearance on the front cover was on The Sims: Makin' Magic. The Maxis Logo was introduced to Maxis products with SimCity and The Sims 4.

In late 2011, EA reorganized its company structure, creating four main labels - EA Games, EA Sports, EA BioWare, and EA Maxis (formerly EA Play).[1] With the reorganization, Maxis is now home to The Sims Studio. The Sims Studio is the current developer of The Sims series, as well as other casual gaming development studios within EA. Lucy Bradshaw, who joined Maxis in 1998 and served as Executive Producer for The Sims 2, took on the role as general manager, later Senior VP.[2]

In March 2015, EA closed down Maxis Emeryville, the main branch of Maxis.[3]

In September 2015, Lucy Bradshaw left Electronic Arts, and was replaced by Rachel Franklin as Senior VP for Maxis.[4][5] Maxis was also reorganized and placed under Samantha Ryan's leadership, Senior Vice President of EA Mobile and Maxis.[6]

In March 2022, Maxis was given a complete rebranding. The new logo resembles the updated icon used for the Gallery in The Sims 4, which some players speculate may have been a hint at the time it was introduced.[7]

Under the EA Maxis label, there are many divisions, or studios that work on many different games.

The Sims Studio (formerly The Sims Division) was formed in 2005 after relocating Maxis Walnut Creek to Emeryville and Redwood City, California. The Sims Studio / Maxis Redwood Shores has developed the base games, most expansions, stuff packs, and store content. There is another studio, Maxis Salt Lake that handles expansions as well.

The Sims Studio at Redwood Shores is also responsible for a number of games outside The Sims 1-4 Series.

Originally used to create console versions of The Sims 3, and The Sims 3: Pets, Maxis Salt Lake (housed in Salt Lake City, Utah) also created expansions for sims games as well, alternating their release of expansions with The Sims Studio expansion release. EA's Salt Lake offices were heavily downsized in early 2014, laying off a large percentage of The Sims division. The Sims PC development was consolidated to The Sims Studio in Redwood Shores, California, with the rest of the Salt Lake studio shifting over to mobile games outside of the life simulation franchise.

Firemonkeys is a studio of EA Mobile/Maxis focused on making mobile The Sims games.

Contrary to popular myth, the company's name was not based on the words "six AM" spelled backwards. Rather, it was derived from a formula suggested by Jeff Braun's father: computer game companies should have two-syllable names and should include an 'x'. It was noted later that the name is "six AM" backwards.