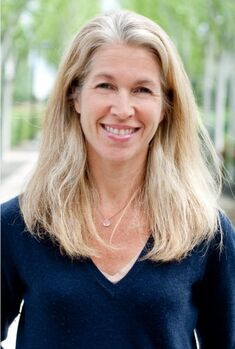 Lucy Bradshaw was the General Manager of the Maxis label of Electronic Arts (EA). She worked with Maxis between 1997, shortly after Maxis was acquired by EA, up until September 2015.[1][2]

Bradshaw earned a B.A. in Psychology at the University of Michigan, then relocated to California and worked in video game production, first at LucasArts, then Activition, then finally Electronic Arts.[3] Upon joining Maxis, Bradshaw worked on SimCity 3000, The Sims and SimCity 4. Bradshaw was the Executive Producer of The Sims 2. She later became Maxis' Vice President of Production, and worked with Will Wright in the production of Spore (2008).[1]

She was promoted to General Manager of Maxis in August 2011.[4] She has overseen the development of several expansion packs for The Sims 3, as well as the development and release of SimCity (2013).

Retrieved from "https://sims.fandom.com/wiki/Lucy_Bradshaw?oldid=900076"
Community content is available under CC-BY-SA unless otherwise noted.