The Loste family is a deceased family in Strangetown. The only living member is Kristen Singles, who is living in the Singles household. The names of all of the deceased Sims are puns.

Simnitch : A made up Sims surname

Daisy Loste : The name sounds like "Days he Lost". "Daisy" means "The day's eye", which sounds like "The Days I Lost".

Kristen Singles (Loste) : From Christina or Christian, but it sounds like "Kristen is Lost". 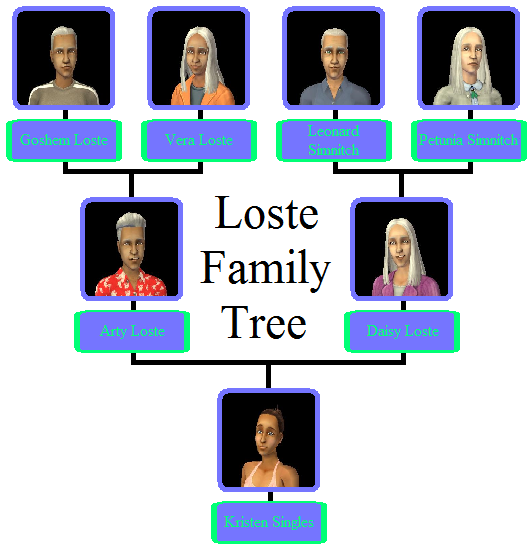 Retrieved from "https://sims.fandom.com/wiki/Loste_family?oldid=825372"
Community content is available under CC-BY-SA unless otherwise noted.