The Loner family is one of the pre-made families in Strangetown that came in the base game of The Sims 2. The family is actually the last living Loner, Ajay Loner, as both his parents Vikram and Madhuri Loner are deceased at the beginning of the game. The names of the members of this family and the Frehndly family suggest that they are of Indian descent.

Loner -- Because he is on his own at the beginning of the game.

Kavi (Ajay's paternal grandfather): Kavi (from a root kū "to cry out") is a Sanskrit term for thinker, intelligent man, man of understanding or a leader.

Bhu (Ajay's maternal grandfather) : the act of becoming or arising, the place of being , space , world or universe or the earth. 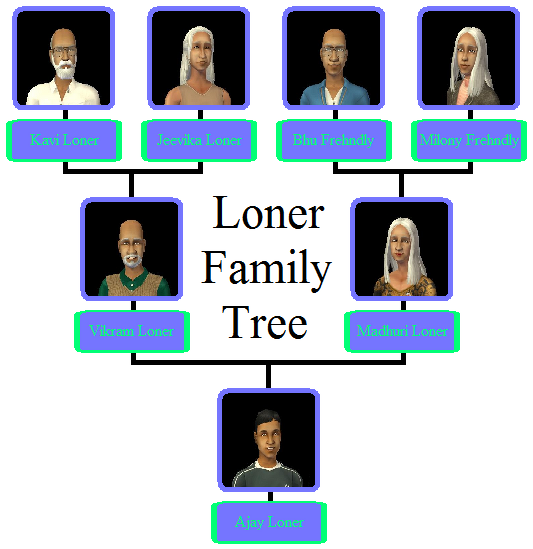 Retrieved from "https://sims.fandom.com/wiki/Loner_family?oldid=887376"
Community content is available under CC-BY-SA unless otherwise noted.