This article contains audio and/or video files.
If you are having difficulty playing these files, see media help.

This is a list of songs from The Urbz: Sims in the City. Music was created for the game by real-life artists; including John Cobbett, J Greco, Concentrick, The F*cking Champs, The Humble Brothers, Matmos, Philip Manley, Music Orange, Night After Night, Jason Graves, Rod Abernathy, Chris Seifert, Jeffery Stott, Jacen Touchstone, and Witch Mountain. Most notably, The Black Eyed Peas contributed the most music to the game, with Simlish covers of Let's Get Retarded (serving as the game's theme song) and Shut Up, as well as seven songs originally created for the game.

Many of the songs that were originally recorded for The Urbz were held over to be used in The Urbz 2, which was ultimately refactored into the console version of The Sims 2. Some other songs went entirely unused and have yet to appear in a Sims series game to date.

Each district in The Urbz has its own radio station (except for Skyline Beach, which shares the same station as Cozmo Street, but with different songs). Each station is unlocked on sound systems after its associated district is visited for the first time.

These songs were recorded for the game but have not actually been used in any Sims series games to date. They have been made available to the public through other sources.

The Urbz: Sims in the City Original SoundtrackEdit

The Urbz: Sims in the City Original Soundtrack 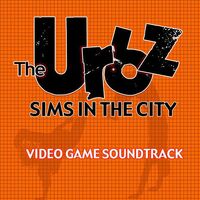 Let's Get It Started (The Urbz Edition) - EPEdit

Let's Get It Started (The Urbz Edition) - EP 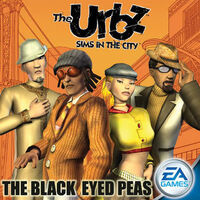 Let's Get It Started (The Urbz Edition) - EP is a downloadable EP that was available to players who purchased a special edition of the game. An included card allowed the bonus EP to be downloaded on iTunes. The EP contains four songs; English and Simlish versions of Let's Get It Started, Friddy Dope, and a previous unreleased BEP song called The Sticky.[1] Although the EP was originally an exclusive bonus for early purchase of the game, it is now available for anyone to purchase or stream on Apple Music.

Retrieved from "https://sims.fandom.com/wiki/List_of_songs_in_The_Urbz:_Sims_in_the_City?oldid=892996"
Community content is available under CC-BY-SA unless otherwise noted.