This article contains audio and/or video files.
If you are having difficulty playing these files, see media help. 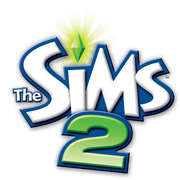 The Sims 2 features nine radio stations with entirely unique music, but reuses music from The Sims 2: Nightlife as background music for the different modes of the game. Many of the songs were originally recorded for The Urbz: Sims in the City and were held over to be used in The Urbz 2, which was ultimately refactored into The Sims 2.

Several real-life songs were rerecorded into Simlish, and can be played individually on a stereo, much like selecting a radio station. These artists are Fischerspooner, MxPx, Paramore, Reggie & the Full Effect, and Trivium.

The nine radio stations available in the game are:

Retrieved from "https://sims.fandom.com/wiki/List_of_songs_in_The_Sims_2_(console)?oldid=928323"
Community content is available under CC-BY-SA unless otherwise noted.