The Harris family is a pre-made family that resides in Evergreen Harbor, a world shipped with The Sims 4: Eco Lifestyle. It consists of a married couple, Cletus and Faye Harris, as well as their two sons, Jeb and Gideon Harris, and Cletus' mother, Francine Spencer.

They are likely based on American hillbillies, based on some of the family members' names, traits and the family description. It could be implied that they brew and sell fizzy juice as an extra income - probably a reference to moonshine. They also have a poorly lit room in their house with lots of vertical planters, which might imply that they grow and sell marijuana. 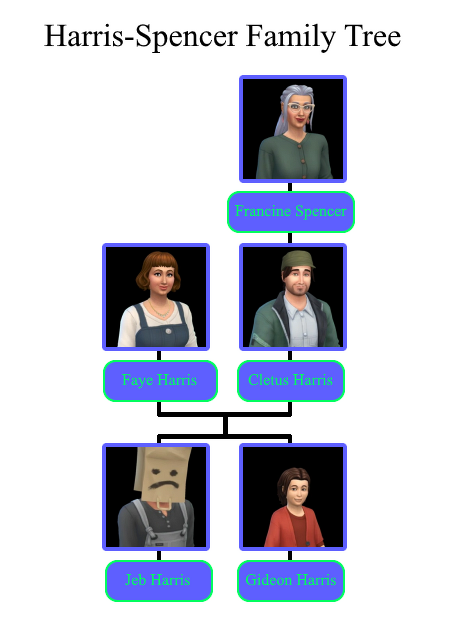 Retrieved from "https://sims.fandom.com/wiki/Harris_family?oldid=921466"
Community content is available under CC-BY-SA unless otherwise noted.