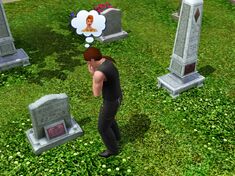 Mourning at a grave.

In The Sims, different gravestones are available, but players have no control over which one appears after a Sim dies. Pets[TS:U] and famous Sims[TS:S] have their own urns and gravestones.

Graves cannot be placed on community lots. "The Gothic Quarter" in Old Town, and "Vernon's Vault" and "A Spooktacular Spot" in Magic Town all contain gravestones, but they are simply decorative and are not linked to any Sim's ghost.

The default graves in The Sims

Pet graves in The Sims: Unleashed 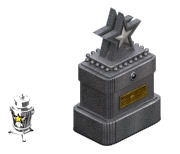 Star graves in The Sims: Superstar

If a Sim had gold or platinum aspiration when they died of old age, a gold gravestone/urn will appear with the dead Sim's aspiration symbol on it. Otherwise, the Sim will get the average, grey gravestone/urn.

If Nightlife or later is installed, players have the options to click on an urn or gravestone and select "Move grave(s)". This moves the grave to a community lot of the player's choice, where it will appear near the telephone. When this is done, the shade of the Sim will appear and wave goodbye, then the grave will disappear, and the player will be notified that the Sim has died on another lot and will return in spirit to the place of their death. It appears that this may refresh the tendency of family members to cry over the death, even if that had largely passed. Another way to move a grave is to place the urn or gravestone in a Sim's inventory, and send that Sim to a community lot. If player clicks on the ground and selects "Place NAME's Grave Here", the Sim will go to that spot, and the grave will appear there. Regardless of which method is used, the player will be able to select that lot from the neighborhood view, and use the hand tool in Buy or Build mode to place the graves where they wish.

It is a good idea for players who plan to move graves to make a cemetery, but there is a pre-made cemetery, "Gothier Green Lawns", found Downtown next to the House of Fallen Trees.

In The Sims 2: Pets, pets get gravestones/urns that are marked with a pawprint, and the owner(s) of the pet will get a special memory. A pet's urn is grey, and a pet's gravestone is brownish.

With The Sims 2: Seasons installed, a grave can be struck by lightning during a storm. This will cause the ghost to appear (even during the day). Additionally, in Seasons or later, Sims cannot give graves as gifts.

In The Sims 3, there are at least 3 different types of gravestones; a flat plaque-like one, a grey one that's similar to the ones in The Sims 2, and a tall obelisk-type one. A Sim can obtain these different gravestones by:

Note: The gravestone a Sim receives following their death is based on the total lifetime happiness points that Sim has received overall, not the number of points that are available when the Sim dies. This means that points spent on lifetime rewards do not affect this number. To see the total number of lifetime happiness points a Sim has earned, hover the cursor over the chest icon in the Lifetime Rewards panel.

A gravestone will have a plaque which shows the cause of the Sim's death:

Drowning, running out of air and pit monster

In The Sims 4, normal Sims only have one type of gravestone and urn, with unique designs added for cats, dogs and various occult types. A normal urn that is placed over the ocean or a pool will float and appear to be in a life preserver. However, this does not work for occult or pet urns, and they cannot be placed over water as a result.

As auto age is switched on (by default) for all played households, all played Sims will eventually succumb to death by old age if nothing else. However, only Sims who die on-screen will get a tombstone or urn (the Sim does not need to die in their own lot or be a member of the active household). Sims who die of old age off-screen do not. To ensure that all played Sims get a tombstone or urn, you will need to edit auto age to only be applied to active households.

Like in previous games, Sims can be made to mourn dead Sims (although Sims who have a significantly negative relationship with a dead Sim will be given the option to laugh at that Sims grave instead). Mourning a tombstone or urn will produce a sad moodlet that lasts for four hours.

Each tombstone has an option to 'Release Spirit to Netherworld'. Once this option has been selected, the dead Sim's remains, ghost, profile, etc. will be removed permanently from the game.

Sims who have died will by default have their spirit gradually lose connection to the physical world, and his or her spirit will automatically be released after a certain amount of time has passed. This can be halted by selecting the option to 'Strengthen Connection to Physical World' on the tombstone or urn. If this is not done, a notification will appear after a few days stating that the Sim's spirit is fading away, and suggests to the player to attempt to "Strengthen His/Her Connection to the Physical World." Ghosts can also be prevented from disappearing by adding them to a playable household, either by inviting them to move in or by using testing cheats. 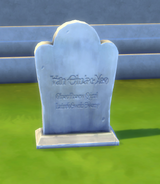 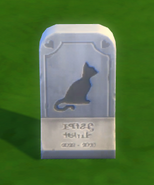 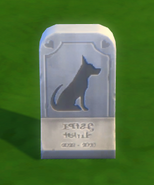 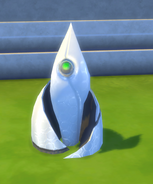 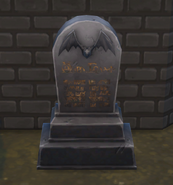 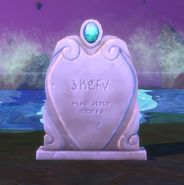 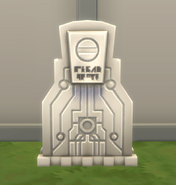 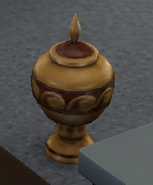 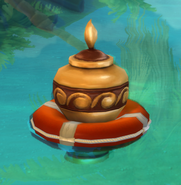 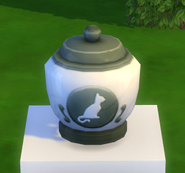 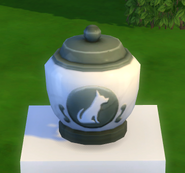