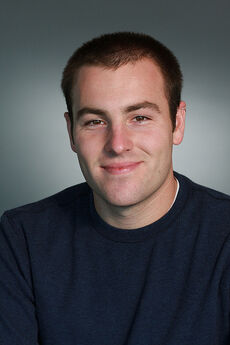 Grant Rodiek is a senior producer at Electronic Arts. He has worked at Electronic Arts since 2005 and has held his present position since 2018. He left sometime late 2010 but returned in October 2011. His focus is primarily on gameplay feature production and writing.

Grant Rodiek has been confirmed as one of the producers working on The Sims 4, which was announced on the 6th of May, 2013 for a 2014 release.[2]

This article relating to the real world is a stub. You can help The Sims Wiki by expanding it.

Retrieved from "https://sims.fandom.com/wiki/Grant_Rodiek?oldid=885035"
Community content is available under CC-BY-SA unless otherwise noted.