The Sims Wiki
Register
Don't have an account?
Sign In
Advertisement
in: Worlds in The Sims 4, Realm of Magic, Glimmerbrook
English 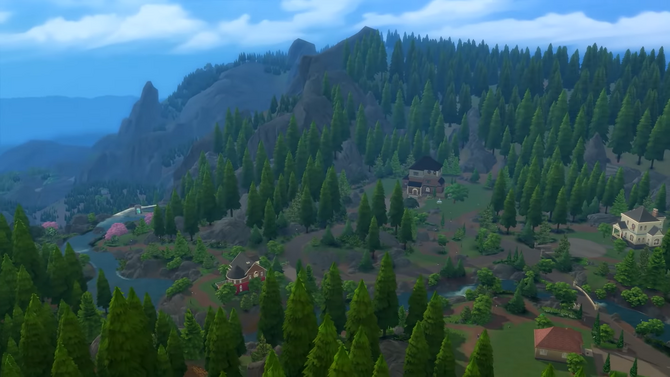 Glimmerbrook is a world included in The Sims 4: Realm of Magic. It is a secluded woodland area with a mystical feel to it. It features a portal to The Magic Realm.

There are tales of a portal above the Glimmerbrook waterfall. Are you brave enough to see where it leads?

Casters Alley within the Magic Realm is your go-to shopping spot for wands, potions, and brooms

Make this a truly magical vacation. Cauldrons are brewing and spells are a-casting here in Glimmerbrook

Glimmerbrook has one residential neighborhood with five lots, with an additional secret lot called The Magic Realm that can be accessed through a portal at the top of a waterfall.[1]

There is a total of five normal lots, including three residential lots, one community lot, one empty lot, and one special lot.[2][3]

A secret neighborhood, The Magic Realm as listed below.

§30,000
Minerva Charm, Darrel Charm, Gemma Charm, Emilia Ernest
The Charm Family has produced generations of distinguished Spellcasters, as Minerva often reminds her children. Gemma resents her family's high expectations even though she secretly wants to make them proud. Darrel is an aspiring duelist who just got engaged to Emilia, a newly ascended Spellcaster who has a lot to live up to.

§10,000
Grace Anansi, Tomax Collette
Grace and Tomax have been roommates ever since they first became Spellcasters. They have day jobs, but magic is their main focus, and they've got a friendly competition going to see who will become an Adept Spellcaster first! 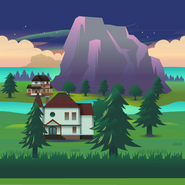