The Sims Bustin' Out (handheld)Edit

In The Sims Bustin' Out (handheld), he is the main antagonist. The sneaky dealer, Giuseppi Mezzoalto, sells at his van at night and might be someone to steer clear of. Occasionally, he will rob the player's Sim's house. In one mission, the player has to take a photo of him when he kidnaps Uncle Hayseed and threatens to kill him with a guillotine. If the player succeeds taking the picture of him(actually just talk to him only), Detective Dan D. Mann will appear and arrest him. After that, the player's Sim will not get robbed anymore.

The Urbz: Sims in the City (handheld)Edit

In The Urbz: Sims in the City (handheld), Giuseppi has moved from SimValley, but he mentions that he is on parole. In the game's story, Giuseppi appears to work for the antagonist, Daddy Bigbucks and with Berkley Clodd, however it is later revealed that he had been working all along with the Detective Dan D. Mann since he had left SimValley.

Giuseppi moved to Strangetown (however, no links are done with Miniopolis when it is still said that he moved from SimValley) and is described as the "shady guy".

He works for Frankie Fusilli to look after Ara Fusilli during a mission, and the player has to find a way to distract him. He will often be seen lurking around the casino or in the town center.

He still resides in Strangetown, but no links are made with Miniopolis, and his only role in the story is to sell a Super Drencher to the player to scare off Emperor Xizzle.

He was replaced by Frankie Fusilli, Ava Cadavra, and Optimum Alfred as the main antagonist(s) in the game. The secret he will tell you if the player's Sim succeeds to be best friend with him is that "Giuseppi in the last game was a robot'", however it is unclear which game is mentioned. 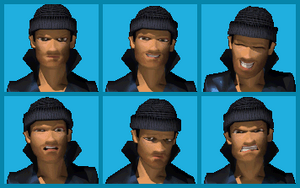 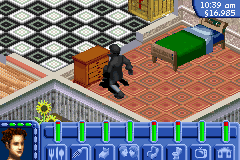 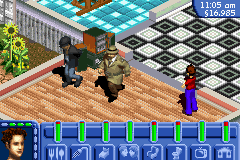 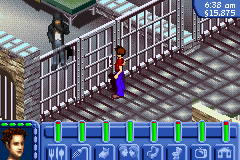 Giuseppi in jail
Add an image to this gallery
Retrieved from "https://sims.fandom.com/wiki/Giuseppi_Mezzoalto?oldid=885494"
Community content is available under CC-BY-SA unless otherwise noted.