Outdated Article
This article may be outdated and needs to be updated to reflect recent events or newly available information.
Reason: More specifically, the changes made to the gardening system in Patch 68.
You can help The Sims Wiki by updating this article.

Gardening is a skill included in The Sims 4. It primarily focuses on a Sim's ability to grow different types of plants. The plants grown through gardening can be sold or in some cases used in recipes. Reaching level 10 Gardening is the requirement for the Green Thumb Achievement.

Gardening is mainly built by tending various garden plants. Sims may also read a gardening skill book to level the skill more quickly and can also "Research Gardening" on any computer or Research Plant when interacting with a plant, after reaching level 2. At level 4, Sims can "Talk to Plants," which will build the gardening skill and satisfy social needs.

Starting with level 1 gardening, a Sim can plant flowers, herbs, fruits, and vegetables on their property, either outdoors on bare earth, or in flower pots. The easiest way to start a garden is to purchase seed packets at a computer or by clicking on a flower pot, or buying the harvestable from shops around the world. Once the Sim received the seed packet, opening it will give the sim one (the higher level packs) or multiple (the starter packs) items that can be planted. Once the item is placed in a spot where it can be planted, the "Plant" interaction will appear when the Sim clicks on it.

After it is planted, the Sim can water it to keep it healthy until it grows. When a plant needs to be watered again, its base will appear dry. Every 12 Sim hours that it remains tended to, it will increase in health, until it is ready to increasing in quality. Every 12 Sim hours that it remains untended (unwatered, covered in weeds, or surrounded by bugs), it will decrease in health until it dies. Its current health is represented by a progress bar separated in segments when highlighting the plant. If the colored part of the bar is closer to the previous segment it means the plant is in poor health, halfway is normal or just evolved and closer to the next segment means its close to evolving. Each segment of the bar represents one of the quality stages of a plant. All plants need to be tended to at least once on a daily basis, meaning that even if a plant is not tended to for 12 hours, fully tending it once will provide double the progress of what it lost. None of the plants found on Sixam in The Sims 4: Get to Work require watering. Weeds and bugs occur randomly and can occur every 24 hours, or not at all. Plants that require weeding will produce small white and yellow flowers around their base. Plants that require the Sim to spray for bugs will have a large number of bugs flying around the plant and will make an audible 'buzzing' sound. Despite the name, the Sixam Mosquito Trap will have no effect on how often plants have to be sprayed for bugs. Starting at level 7, Sims will have the ability to "Tend Garden" which will them to autonomously move between all plants within range, taking care of any tending that the plants need. "Tend Garden" does not autonomously fertilize or harvest plants.

When plants reach maximum health, they can be evolved by a Sim, who has at least a level 2 gardening skill. This will increase the quality of the plants harvestables and their value. Increasing quality also increases the quality of dishes, drinks, and herbal remedies made with them. Planting a higher quality harvestable will result in a plant starting at that quality. There are five levels of quality: Normal, Nice, Excellent, Magnificent and Perfect. Most plants will increase from 2x to 3.5x their value between normal and perfect.

Starting at level 5, Sims can fertilize plants, which helps them evolve more quickly. Fertilizing does not affect the quality of the plant or harvestables, or how quickly harvestables are produced, and does not make the plant more resilient to needing water, weeding, or being sprayed for bugs. Plants can be fertilized with any plant or fish. Plants are the most common choice as they are easy to obtain and inexpensive to use up. There are also unconfirmed reports that trash plants and mushrooms are more effective than other plants, as fertilizers. The in-game description of growfruit states that it is a "great" fertilizer. Given its name and that it was added as part of a gardening event, it is probably the most effective possible fertilizer. Fish are more effective than most plants, increasing in effectiveness depending on the rarity of the fish.

After attaining level 5 in the gardening skill, Sims gain the ability to cut and graft plants. This allows them to make hybrid plants that grow multiple harvestables at once. To graft two plants together, the Sim simply needs to take a cutting from one plant and graft it onto another. The second plant will then need to regrow, but after reaching maturity will bear its original harvestable, as well as the harvestable of the plant that was grafted onto it. Certain grafting pairs will produce a third harvestable on the plant, unrelated to the original two. This is the only way to obtain several rare harvestables. After discovering one of these unique pairs, the recipe will be added to that Sim's notebook. Because there are two possible recipes to create bonsai buds, only the first one discovered will show up in the notebook. Grafted plants produce harvestables at the rate of the base plant, not the plant that came from a cutting. They will also start at the quality of the base plant and grow in the season of the base plant. Multiple plants can be grafted onto one base plant, but plants can only hold up to 10 harvestables, and grafted plants will split that randomly between all types. Mushrooms and the Sixam Mosquito Trap cannot be cut or grafted onto. Too many cuttings will kill a plant; depending on the plant, they can survive one to three cuttings.

The table below shows the possible grafting pairs that result in a new harvestable, it does not matter if Plant A or Plant B is the base plant.

Note
Planting a Cow Berry results in a Cowplant, which does not produce berries. Therefore, the Cow Berry can only be naturally grown as part of a grafted plant.

If a plant is not tended to for long enough, it will die. Plants can also be killed by fire, being stomped, or the withering touch of a ghost killed by a Cowplant. After death, the plant will remain but will begin to produce an odor, similar to trash. No amount of tending can revive it. A Sim can pay §100 to revive a dead plant, at which point it will have to regrow, but will remain the quality it was before death.

Seasons (if installed) have an effect on plants, it decides if they grow and bear fruit or if they lay dormant to most plants. There are plants that are unaffected by the changing of the seasons and these will continue to grow, but need continued tending as well. Other plants only grow in one or two seasons and will lay dormant (like a just planted seed) while out of season. If a plant is dormant it does not need tending but it keeps its quality and can slowly gain in health as well. As seasons change a plant that is in season it starts growing as soon as the seasons change. When the season ends, plants that turn out of season go dormant immediately and disappear with the last harvest if this was not harvested. Some plants will not turn to the dormant state and even grow slowly if just planted if they are out of season, these plants will not however produce any harvestables unless it is the right season.

There are 32 harvestables that can be collected in the base game and 50 more were added with content packs, with a current total of 82. They are collected through finding them in the wild, grafting, or purchasing seed packets from the computer or garden plot and planting them. The harvestables from Content packs are often found in the corresponding World of the pack that introduced them.

Note
The Death Flower, all four variety of catnip, and the Sixam Mosquito Trap are not shown in the gardening collection.

Seed packets can be bought at a computer or, as of Patch 68, directly from build mode under the Outdoor Activities category. However, Vampire Lore Seed Packets must be bought from computers or garden plots. The Growfruit packet is currently unavailable. 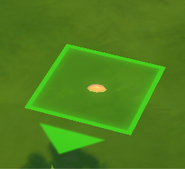 Unused Flower Packet
Add an image to this gallery

View past articles · Vote on future Featured Articles · Other Featured Content
Retrieved from "https://sims.fandom.com/wiki/Gardening_(The_Sims_4)?oldid=910947"
Community content is available under CC-BY-SA unless otherwise noted.