Futo Maki is an Urb appearing in The Urbz: Sims in the City for handheld and The Sims 2 for Nintendo DS.

The Urbz: Sims in the City (handheld) Edit

In The Sims 2 for Nintendo DS, he appears as the head sushi chef of the hotel's Asian Emporium. He cannot be socialized with and he only sells food. 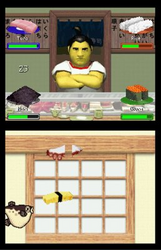 Add an image to this gallery
Retrieved from "https://sims.fandom.com/wiki/Futo_Maki?oldid=862493"
Community content is available under CC-BY-SA unless otherwise noted.