The Sims Wiki
Register
Don't have an account?
Sign In
Advertisement
in: Fanon created and owned by DeSims, Evolving fanon, Sims (fanon),
and 19 more

Yah Curious is the son of Kade Curious and Malta Curious. He is the older twinbrother of Matteo Curious. He has a rather striking appearance and could be considered as an unattractive Sim.

It was a close call or Yah and his brother Matteo would have never been born! Their parents Kade and Malta met in college, and during that time Kade was dating his boyfriend Alexander. However, Alexander got so jealous that they broke up and Kade fell in love with Malta.

Yah was born together with his brother Matteo. Yah is an alien while Matteo is dark skinned, this combination is quite uncommon, so it's no surprise that in the neighborhood many eyebrows lifted when these two were shown.

Kade taught him his toddler skills (walking, talking and potty training) and this is why he became close to his father.

As a child he and his brother got into private school, and they both didn't take long to get their first A+ report card. Yah became best friends with his father and mother during this period.

When turning into a teen Yah chooses the Fortune aspiration, not strange as the Curious family build up a reputation of being wealthy. He meets a Tina Roennigke, a girl from his high school, not so popular like himself. Tina really likes Yah so much that they share their first kiss together, however Yah doesn't think that a relationship with Tina is what he wants so they part ways.

Yah moves together with his brother Matteo to the original Curious household and meets Alexander Goth, the ex of his father. Strangely Yah is attracted to Alexander, and it became quickly clear that Alexander feels the same way. Yah is terrified to talk to his father about this, but oddly enough he is happy for the both of them and Yah and Alexander get his blessing to get married.

Just like his grandfather Yah discovers that he is pregnant. At first he is freaked out by the thought, but when his father explains him that this thing kind of runs in the family he is reassured. Alexander and Yah get a son and they name him Max. 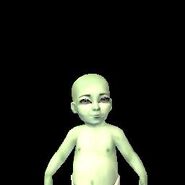 Yah as a baby. 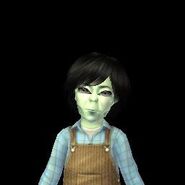 Yah as a toddler. 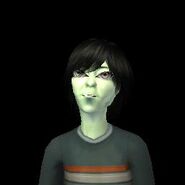 Yah as a child. 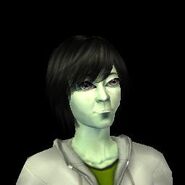 Yah as a teen. 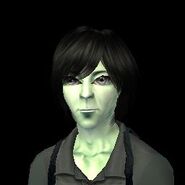 Yah as an adult.
Community content is available under CC-BY-SA unless otherwise noted.