Vin Curious is the son of Joshua and Tiffany Curious. He has a younger half-sister called Harper, however he thinks she is his sister.

He married Jessica Curious and got two sons Sander and Kenneth.

Joshua and Tiffany got married straight out of college. After moving in with Joshua's brother Lucas and his wife Camryn. Their baby wish started to grow and together with her sister-in-law Tiffany got pregnant.

Finally a little bit of testosterone back into the family! With only being the second boy born of the fourth generation. Vin was a cute little boy who loved to make his diapers as dirty as possible, besides that he was really easy.

Vin learned to walk and talk from his father Joshua and got potty trained by his mother Tiffany. This is also the period where his (half-)sister Harper is born.

Vin became good friends with his cousin Deena and got together with her and Harper accepted in to private school.

When turning a teen Vin chooses the fortune aspiration. Vin considered this period as 'less important', what is something uncommon to hear from a teenager. He didn't make much friends but did study quite a lot.

Finally when Vin becomes an adult he realises there is so much more in life than just studying. He meets Jessica Grunt, daughter of Buck and Jill Grunt and falls in love. The two move in together and when Jessica says 'I think this is the time to get married' they do it. They get a son together and they name him Sander.

When Sander grows older Vin notices that he looks a lot like his mother, he is a little disappointed as he knew that his family had a characteristic face carried on for a few generations and now it would be lost. However he loves his son and teaches him to use the potty. When Sander is old enough Vin puts him in private school.

Vin is surprised when Jessica announces her second pregnancy. They never planned one and Sander is almost in his teenhood, but Vin gets more and more excited by the idea of little feet running through the hall. They get a second son: Kenneth. 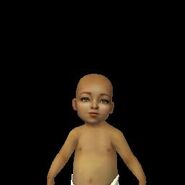 Vin as a baby. 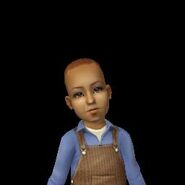 Vin as a toddler. 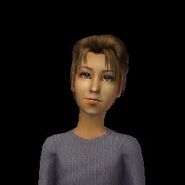 Vin as a child. 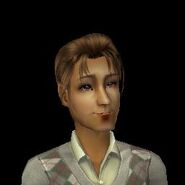 Vin as a teen. 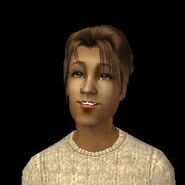 Vin as an adult.
Add an image to this gallery
Retrieved from "https://sims.fandom.com/wiki/Fanon:Vin_Curious?oldid=744705"
Community content is available under CC-BY-SA unless otherwise noted.