Vidcund Curious is a recurring character in the StrangeTown Monty (STM) machinima series.

STM Vidcund is less shy and more confident than the default Vidcund. His clothes, hairstyle and spectacles were only altered slightly, but that created a significant difference in his overall vibe.

He also enjoys a higher Clearance Level (permission level, often associated with career position) than his brothers at the science facility, Hyde Dynamic.

Vidcund was in the welcome wagon for Bianca Monty when she first moved in to Strangetown. It was a good first impression on both sides, since there is mutual respect and trust between the two.

Despite his two-year "head start", Vidcund's over-obsession with aliens may have cost him his chances of romance with Bianca. For most of the story, Bianca considers Vidcund to have another woman in his life -- his alien-hybrid daughter, Vivian Curious. Indeed, among all the native Strangetown men, Vidcund had the best chance of becoming Bianca's partner, until Kent Capp appeared.

Meanwhile, Vidcund and Kent are on the same project at Hyde Dynamic. Will they be able to work peacefully together, or will they be lunging at each other's throats for Bianca's attention? Is there any coincidence that Vidcund and Kent physically resemble, being blond-haired, blue-eyed, with sharp features?

In the Football Universe, Vidcund was a starting midfielder for Team STM in the 2015 Match.

His daughter, Vivian, became his successor in the 2035 Match.

Vidcund is in Team Curious in the Battle of Strangetown, together with his brothers Pascal and Lazlo, as well as Jenny Smith and her immediate family. 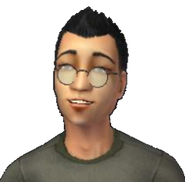 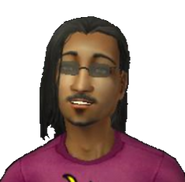 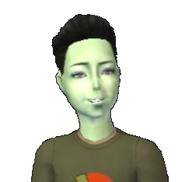 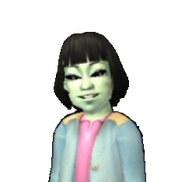 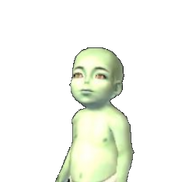 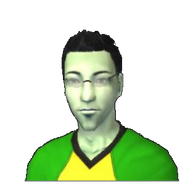 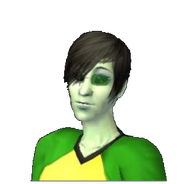 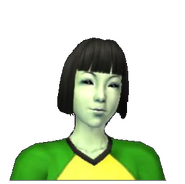 Zoe Curious (2035 Teen)
Add an image to this gallery
Retrieved from "https://sims.fandom.com/wiki/Fanon:Vidcund_Curious_(STM)?oldid=844156"
Community content is available under CC-BY-SA unless otherwise noted.