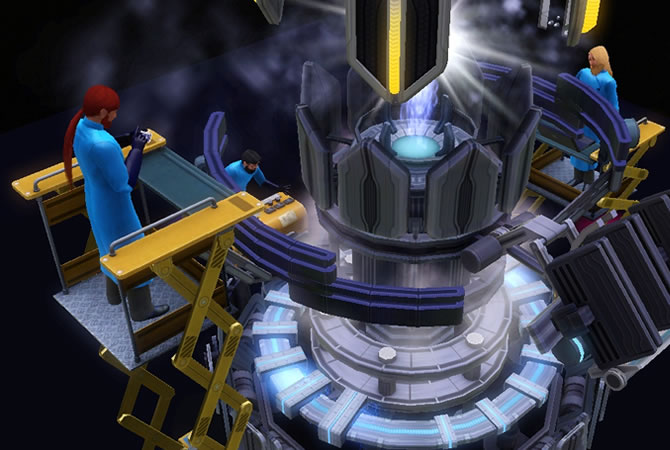 The Veronaville Device is a mysterious and controversial large scientific machine in the StrangeTown Monty (STM) Machinima Series.

The Device is housed in Hyde Dynamic Veronaville (or the "Black Box"), the science facility situated next to the Veronaville Disaster Memorial. After Dr Hyde and his Racing Men set up the Device, Dr Walter Baptiste was left in charge of its day-to-day running.

The Veronaville Device was subtly foreshadowed in STM 1.11 "Hyde Dynamic II" (around 6:33-6:44), when the background lyrics declare that an "industry" is "coming in" to Veronaville, during the otherwise-silent segment where Dr Hyde was talking to Antonio Monty.

The Device made its first formal appearance in STM 2.03 "Fragments", when Antonio describes the contraption and its intimidating effects in an urgent email to his sister, Bianca Monty. He believes Bianca has enough influence to milden the impact of the Device on Veronaville.

According to Antonio's first impressions, the Veronaville Device appears to be a malevolent force that is destroying his neighborhood. Despite that, Antonio is taking a strangely long time to make any permanent decisions for the safety of his family. The Patriarch of the family may be weakening, or close to breakdown. He may not even be listening carefully anymore...

What will the be the last straw to push the "Father of Veronaville" to make an effective decision, or to break his back? Or will a miracle happen to save them in the nick of time?

In terms of gameplay, the Veronaville Device is a "Group Science Project" from the Sims 3 University Life EP. Its Fringe counterpart is the Wave Sink Device, a similarly grandiose large machine with the power to create and destroy universes.

The 3 Scientists on the DeviceEdit 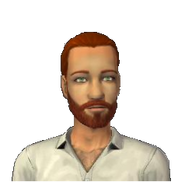 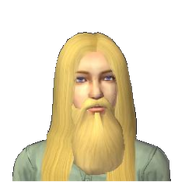 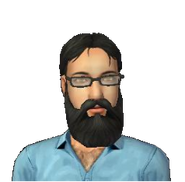 Duncan Xu
Add an image to this gallery
Retrieved from "https://sims.fandom.com/wiki/Fanon:Veronaville_Device?oldid=738866"
Community content is available under CC-BY-SA unless otherwise noted.