Tyler Harper was one of eight Sims who were abducted, altered, and had all memory from SimNation wiped clean by some unknown entity. Tyler was programmed to do all of the Arts within the community, so he feels an overwhelming need to paint. He was also considered the leader of the other seven Sims. Together, these eight Sims have become known as the Original 8.

On the eve of becoming an elder, Tyler started working for Dan Plummer at the Hardware Store as an Employee.

On 3/1/4, Tyler died as the last living Original at 65 days old (as counted from his first day in the Genesis Project since he doesn't know how old he was before that time). He was been laid to rest in the cemetery along with all of the other Originals. 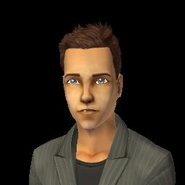 Tyler as an adult 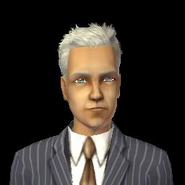 Tyler as an elder

Retrieved from "https://sims.fandom.com/wiki/Fanon:Tyler_Harper?oldid=740521"
Community content is available under CC-BY-SA unless otherwise noted.