Tank Grunt is the oldest son of General Buzz and his late ex-wife Lyla Grunt. He is also the husband of Kristen Grunt (nee Loste), and the father of Natasha and Brick.

Tank spent his whole childhood trying to impress his father and make him proud. This is why, as a teen, Tank immediately joined the Military career. He got to the top of the teen career track before he grew into an adult. During High school, Tank got A+'s for the majority of his time there.

When he grew into an adult, Tank continued his work in the Military. Soon, he met Kristen Loste, a woman with who was very interested in keeping fit just like him. A little while later the two began a romantic relationship and they eventually got married.

After they were married, Kristen became pregnant with her and Tank's first child, Natasha. A few days after Natasha had grown into a child, their second child, Brick was born. Tank gets along with Natasha much better than with Brick, because he has more in common with his daughter.

Tank and his younger brother Ripp have a very negative relationship, and at one point, they were even enemies. Now that they are both more mature, they are no longer enemies, but they still don't get along. 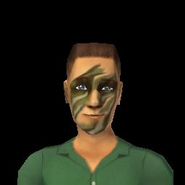 Tank Grunt as a teen. 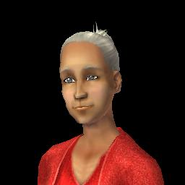 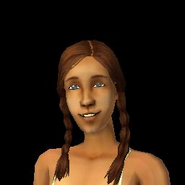 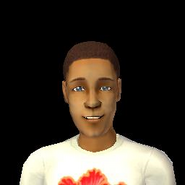 Tank's son, Brick Grunt.
Add an image to this gallery
Retrieved from "https://sims.fandom.com/wiki/Fanon:Tank_Grunt_(imageneralwheee)?oldid=778591"
Community content is available under CC-BY-SA unless otherwise noted.