Snow White is the daughter of Kay and Talia White, as well as the half-sister of Rose Scarlet and Jack White.

Snow is born to Kay and Talia White some time after their marriage. From an early age, Snow is taught by her parents how to walk and talk, and often plays with her Teddy Bear. When Snow reaches childhood, however, she is cursed with an elixir by the wicked fairy Carabosse into a werewolf. As a teenager, Snow steals Glinda's wand and attempts to use it. However, since she is not a witch, Snow ends up accidentally bringing her Teddy Bear to life as a human. Although shocked, Snow ends up befriending him. Eventually, Snow's parents divorce and Talia leaves home, marrying Snow's uncle Layton instead. Kay marries the household maid Gerda White, although when Snow is hexed by Baba Yaga into killing Kay, Gerda blames Snow White and vows revenge against her stepdaughter. 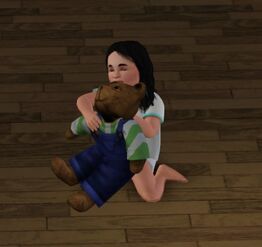 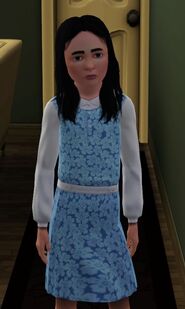 Snow, as a child. 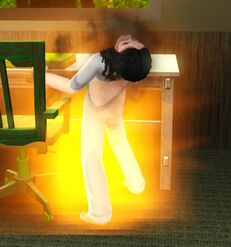 Snow is turned into a werewolf. 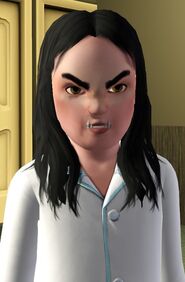 Snow, as a werewolf. 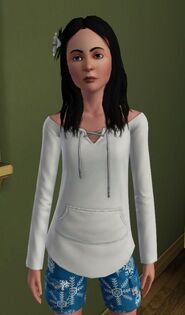 Snow, as a teenager. 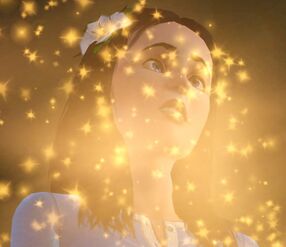 Snow tries to use Glinda's wand.
Add an image to this gallery

Retrieved from "https://sims.fandom.com/wiki/Fanon:Snow_White?oldid=783295"
Community content is available under CC-BY-SA unless otherwise noted.