Fanon of Preexisting Sim
This page is about a preexisting Sim in a fanon setting. This article should not be treated as an canon article. For information about the canon Sim, visit here: Shirley Lin

Shirley Lothario (nee Lin) is a Sim featured in Vl4dimir-g0thik Riverview. She is Don Lothario's wife and Casey Lothario's mother.

Before she met Don, Shirley's life was far from being excited! She used to wake up early to go to work, come home, work her Logic skill, eating dinner and then going to bed. This was an unending cycle. One night, she felt she didn't want to go to bed that early, so she went to the cinema to watch a movie. When she got out of the theatre, she met Don. He was playing guitar in the park just in front of the theatre. She listened to his music. When he stopped playing, he came to Shirley and began talking to her. She found him really nasty, because he was either trying to flirt or to joke. Shirley hated both these social interactions. Despite this bad beginning, Don gave his cellphone number to Shirley. She thought she would never call him after this disastrous first meeting. However, the day after, she couldn't stop thinking about him, and she eventually called him. They had several dates at the restaurant, and one night, Don asked to get steady with her. One week later, they were married and Shirley was already pregnant. Don chose this moment to tell her he already had an illegitimate daughter with his ex, Nina Caliente. She understood this and encouraged him to have regular contact with his daugther. Soon after she gave birth to Casey. Don was really present to help teaching her toddler skills. Consequently, Shirley had time to improve her Logic skill and was eventually promoted to the Trauma Surgeon career level. 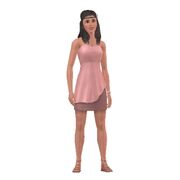 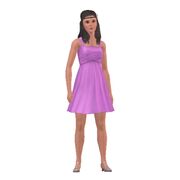 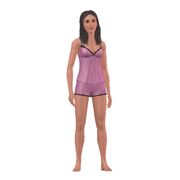 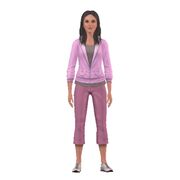 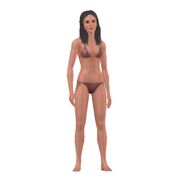 Swimwear
Add an image to this gallery
Retrieved from "https://sims.fandom.com/wiki/Fanon:Shirley_Lothario?oldid=846231"
Community content is available under CC-BY-SA unless otherwise noted.