Sander Curious is the son of Vin and Jessica Curious and the older brother of Kenneth. He is the first Curious of the fifth generation.

The relationship between Vin and Jessica could be considered quite odd, as they met and married in a short period. Many people aren't even sure if they married because they were in love or felt the need or pressure of their parents to marry. It was surprising for those people as well when Jessica announced her first pregnancy.

Sander is born, at first sight it seems like he looks more like his mother. However this is still too early to say for sure. He is a sleeper, and sleeps most of his babyhood.

Still sleeping much, but also a happy toddler. He thinks his cousin Riley is the most interesting creature he ever met and loves to watch her sleep. Jessica teaches him how to walk and talk, while Vin gets the dirty work and has to potty train Sander.

Sander wasn't as smart as most of the Curious family what was hard for Vin to understand, as he never had any trouble with studying. His mother was a lot more understanding and this made Sander a little more comfterable with his mother. When Vin puts Sander in a private school Jessica strongly disapproves at first, but later drops her complains as she sees that Sander is happy there. 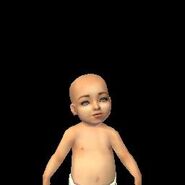 Sander as a baby. 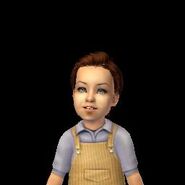 Sander as a toddler. 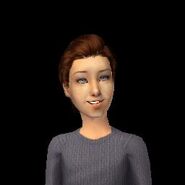 Sander as a child. 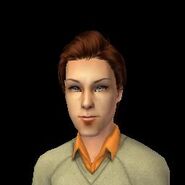 Sander as a teen.
Add an image to this gallery
Retrieved from "https://sims.fandom.com/wiki/Fanon:Sander_Curious?oldid=743066"
Community content is available under CC-BY-SA unless otherwise noted.