Roger Space is the son of Amin and Atta and brother of Kylie, Lupin, Flynn, Nancy and Allen. After Elsa left him he went straight for Audrey who he is now happily married to.

Before Roger was born, Amin and Atta lived a poor life as they came from a foreign land. Although Atta's mother was a normal sim, she didn't show any normal genes. One day, someone became interested in Amin and Atta's green skin and offered them a modeling job for a new green range of clothes. Suddenly everything changed for them. They were rich and in demand all the time. After a few years, they took early retirement and settled down.

As a baby, Roger was adored just like his siblings were. He spent his babyhood adored by all his older sisters Kylie, Lupin and Flynn. Nobody seemed to notice his unusual skin colour.

Roger didn't quite understand why the attention died down when his sister Nancy came along as he felt he was the cutest thing ever. He was taught his toddler skills but he wasn't played with as much as when he was a baby.

As a child, Roger hated Nancy. He felt she was a spoiled little baby who yearned attention, nothing like him at all. When Allen came, it was clear Allen would be the last baby as Amin and Atta were getting older. Roger was constantly jealous of both Allen and Nancy, especially Allen as the attention would never fade of him. He grew closer to his sister Flynn during this time as she still remembered him as a cute baby that he once was. One day? a tragedy struck. Amin died suddenly. Although Roger felt like he was dying inside, he thought he had to step up and be the man of the family and the leader of his mother, sisters and brother.

As a teen, Roger became even bossier especially with Flynn gone as he was now the oldest and in charge. Roger didn't let on but really he was dying inside without his dad and wished he could stop being in charge long enough to tell someone but there never was any time. Roger was glad that he would be going to college soon as he could stop being the boss and relax.

As a young adult, Roger was ready for a calm life without all the responsibility sadly life had another turn. He bought a new residence all to himself but one day a girl called Elsa Gold who had just woken up in the desert with no memories. All she knew was her name, Elsa Gold. Roger felt sorry for her and invited her to live with him and she agreed happily. Sadly, Elsa's arrival gave Roger back the responsibility of caring for somebody and he'd tried to escape it. Despite this, Roger managed to stay happy with her as she was sweet and funny. One day, Roger realised he was getting feelings for her and asked her out. He expected her to say no but she said yes, happily. On the date, Elsa explained she was going to find her way home and back to her family and Roger replied that she would find them one day, and he'd be right by her side. Although, Roger was convinced that he was in love with Elsa, another girl, Audrey Hero had a huge crush on him which got him unwillingly caught in an unsteady love triangle. Roger and Elsa had a great college time and graduated with Magna Cumme Laude.

As an adult, Roger proposed to Elsa and she told him she needed some time to consider it. Elsa took a lot of time, she didn't see him until a week later when she told him Yes. Roger was ecstatic about this and planned the best wedding ever, in Twikki Island at the Family Villa. Roger and Elsa bought an apartment in Lavisha together and decided to adopt two children, twins called Alistair and Imogen. He adored the twins and helped to raise them when they were toddlers. When the twins aged up to children they decided to see the art gallery of Buttercup Morrison because they were curious about her work. Roger noticed that Elsa was a bit bored at the gallery and just seemed to wonder around aimlessly. He guessed she was just there for the kids but she could be a bit more enthusiastic. Suddenly, he saw Elsa running out of the art gallery, looking scared. He turned to see what had horrified her and the painting that she had seen made his heart skip a beat. Because there hanging on the wall, was the true fate of how Elsa had lost her memories.

After that, Roger felt he was losing Elsa. She seemed distant and stayed up late just... sitting there. He tried talking but she just looked away or left him. Roger felt sad and alone.

One day, Roger found Elsa had gone. He tried calling but she didn't answer. She rung back a few minutes later telling him that she was leaving him. Roger was furious and told her that if she hung up, she could never see him or the kids again. She hung up. He knew that it was probably that 'Steven' that she left him for so he thought that he should move on quickly too. He immediately rung up the one person who would be thrilled to be with him. Audrey. Him and Audrey began dating and he was glad that Imogen liked her. He hoped Alistair would feel the same soon. He heard Elsa was getting married and was pregnant so he told Audrey that he'd like to go public with their relationship.

One night, Audrey and Roger were on a date, when they bumped into Elsa and Steven. It was all ok until Elsa said that she was going for full custody on Alistair and Imogen. Roger asked why and she said because I think I'm a better parent than you. Roger was furious and but he just stood there. Roger asked Steven if he knew and Steven replied that it was his idea. Roger turned to Steven and punched him. Audrey took that as a signal and literally attacked Elsa. Later, Roger and Audrey were fined for assault however they didn't mind. Roger realised that Audrey was the woman for him and proposed and she accepted. Luckily, Elsa lost. The court laughed at her appeal and it backfired. roger got full custody instead and Elsa was banned from seeing the children due to her bad parenting record. Roger and Audrey took many factors into account for the wedding, the main one was Elsa's wedding. The gold family were not very rich so they had had a small low key wedding so Roger and Audrey decided to have their wedding at Villa de Sol and make it HUGE! They wanted to show Idiot Elsa and her Snobby husband Steven that they had won...

Alistair was sad for his son when Kayla died and when he dropped out of college, Roger offered for him to stay with them but he refused politely and said he was staying somewhere else. He soon found out that it was Villa de So. Roger was fine with it until he looked in his account and found over §20,000 missing... Roger left it for a bit but then Allen suggested a joint holiday to Villa de Sol and Roger agreed but realised he had to have Alistair out by then so he rung him up and told him to tidy the home up, buy plane tickets and come back home. Alistair said no as he was having too much fun. So Roger told him if he didn't he would have his access to Roger's account cut off. This made Alistair agree.

Alistair tidied up and came home in a sulk. Roger went on holiday and had loads of fun but he noticed Audrey seemed distracted about Alistair. Alistair seemed cheery enough to him but then again, he was terrible at reading emotions, he didn't even notice when Elsa was about to leave him... He soon noticed Alistair was moody and decided the best thing to do was ignore it. Finally he announced he was moving away and Roger couldn't have been happier about him going. Roger aged up with Audrey in a great state of mind.

As an elder, Roger celebrated his golden anniversary with Audrey in a party which almost bored him to death in his opinion but because his wife had planned it he pretended to love it. He attended Toby's wedding and was highly amused Toby actually had married somebody because as far as he could tell, Toby was a mean man. He planned to move out to Simwaii with Audrey but before around the time they bought the house, Audrey became sick. It was just a virus which Roger assumed and hoped was harmless but Audrey's condition worsened and she died. Roger was depressed but unlike his son after his fiancée's death, Roger found the strength to carry on. He moved out to Simwaii just as planned because he knew Audrey wouldn't want him living in the past.

Whilst in Simwaii, Roger became relaxed, perhaps a little too relaxed. One day whilst he was cooking a grilled cheese sandwich, he went to take a nap and forgot all about it. The grilled cheese sandwich set fire to his house and sadly Roger didn't make it out. Although everybody was distraught about his death, they were happy that Roger and Audrey were reunited again. 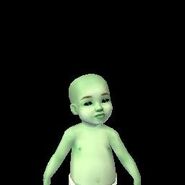 Roger Space as a baby 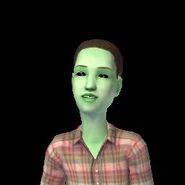 Roger Space as a child 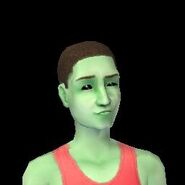 Roger Space as a teen 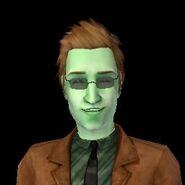 Roger Space as a Young Adult. 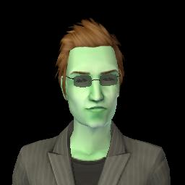 Roger Space as an Adult.
Add an image to this gallery
Retrieved from "https://sims.fandom.com/wiki/Fanon:Roger_Space?oldid=724733"
Community content is available under CC-BY-SA unless otherwise noted.