Rifle Starker is a playable resident in my player stories in The Sims 2 in Pleasantview. He is the son of Kingston Starker and Pollination Technician, the potential younger half-brother of Tycho Curious, the best friend of Stacey Edwards, the boyfriend of Chloe Gonzaga and love interest of Lucy Burb. Rifle is 33 days from being an adult.

The existence of Rifle was started when I used the boolprop testingcheatsenabled true cheat to abduct Kingston Starker by aliens as a joke. As this was the first, and currently only time, a male Sim has been abducted by aliens in my player stories, I was unaware that Kingston would return pregnant. He was furious with being used for reproduction and thought that they'd mistakenly believed him to be female. But then he looked on the bright side - he would have a child to raise and be a gangster. Soon Kingston produced an alien Sim hybrid which he named Rifle. Overall Rifle doesn't look much like his "maternal" father, but I did my best to give him a similar clothing attire.

While Rifle is certainly grouchy, he seems to lack any of Kingston's outright darkness. And he certainly didn't want to become a gangster, much to his father's infuriation. Rifle is currently dating Chloe Gonzaga who has become a teenager. He is also having an affair with his friend Lucy Burb, but she wants to dump him and remain true to her own boyfriend Beau Broke, without Rifle's knowledge. Much to the disapproval of their parents, Rifle befriended Stacey Edwards - the child to Kingston's sworn enemy Stacen Edwards. Both Kingston and Stacen tried to discourage their sons from continuing their friendship. But Rifle and Stacey took no notice and sustained their friendship, as they believed that dissolving their friendship for the sake of their feuding fathers wasn't a good enough reason.

Rifle is one of the most unpopular residents of Pleasantview, due to being the son of the most dangerous Pleasantview criminal of all time. Many residents are unaware of Rifle's lack of interest of following his father's footsteps, or believe in his innocence. But now he should have a better chance at making some more friends, since I've installed my expansion packs to my computer. 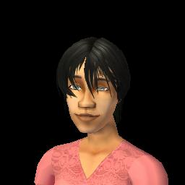 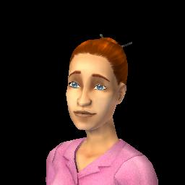 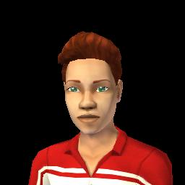 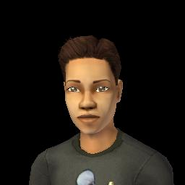 Rifle's acquaintance Orlando
Add an image to this gallery

Retrieved from "https://sims.fandom.com/wiki/Fanon:Rifle_Starker?oldid=910319"
Community content is available under CC-BY-SA unless otherwise noted.