Raphus meets up with Gothel Midnight at Varg's Tavern, where they discuss business. Gothel wants to become apart of Raphus's criminal operation, but Raphus refuses her and does not give her any information. Some time later, Raphus meets with Odobenus Rosmarus at the theatre to discuss the importing of Austern that Raphus has entrusted to Rosmarus. However, a massive fire engulfs the theatre, interrupting their meeting. Raphus, although receiving burns, escapes with his life, although Rosmarus is killed in the blaze. Raphus is approached by Gothel once more, and this time, he is more open to a partnership. 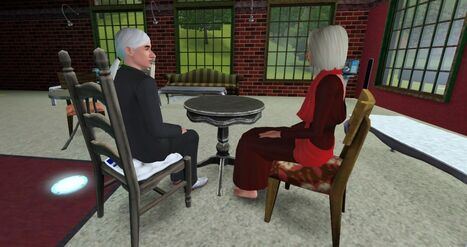 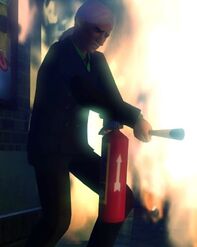 Raphus escapes the theatre fire.
Add an image to this gallery

Retrieved from "https://sims.fandom.com/wiki/Fanon:Raphus_Cucullatus?oldid=783088"
Community content is available under CC-BY-SA unless otherwise noted.