Nova Watson was created by Starmoonie from the Fanon:The fall of Twinbrook. Nova is a package of growing terror who came to Twinbrook to destroy the residents of the area but finding out later the town its self was being taking over by a strange force.

Nova and Noah arrived to Twinbrook by train with her older brother and his dog in an another cart. Afters years of research on an deadly potion to turn all the Sims of the word into mutated freaks, it was quickly abandoned after the local residents found out and told the authorities. Nova had to leave her old home and possessions and hopped on the first train out of there. It seemed like her dream of taking over the world was coming to a halt, but when Noah pointed Twinbrook on a map she had knew she found her new home to start her experiments.

Her new home was located far out from the rest of the citizens, where she can watch over them with ease and not worry about being caught so quickly. Townsfolk grew pretty suspicious when her family arrived in town, if it wasn't that Nova dyed her hair and Noah cut his hair and changed his whole outfit to blend in they would have been caught ages ago. "Will the people of this town mind their own freaking business?!?!?" she hissed towards her brother. He suffered a strange syndrome when he was a child and has no recovered from the medicine given to him to cure it. This was half of the reason why Nova wanted to change the world's appearance and become its leader, if they mess with her family...she'll have to mess them up.

The house was built in two, the main home and the small shack-looking one on the left side. Izcrazi remained in the smaller home with Buddy so he wouldn't be disturbed by anyone. "We should put a large gate around his area so no one would enter," Noah said walking around inspecting the area. "Um, yeah but wait till were all settled, I don't want anyone thinking anything of us yet" Nova replied. She knew if she could get on the side of these idiot people she would have them in the palm of her hand. The future looked bright for her and this was the pace to be, Can her dream actually be happening? 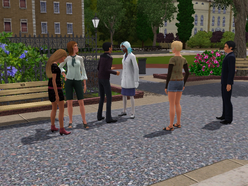 "Twinbrook Sims are very kind...even though they don't know it'll be their kindness that ends them all!" 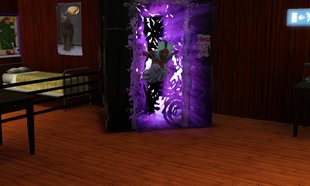 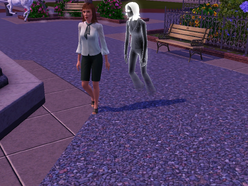 "Well I'll be watching YOU!" 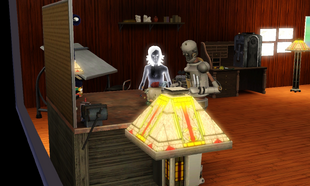 Nova forces Bot21 to build her an ultimate weapon to destroy Marshall Curious. 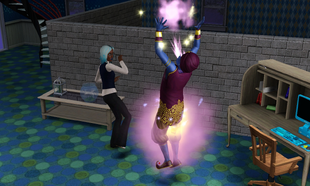 Nova: Now I have the Genie and the world will be mine!!!
Add an image to this gallery

Retrieved from "https://sims.fandom.com/wiki/Fanon:Nova_Watson?oldid=627305"
Community content is available under CC-BY-SA unless otherwise noted.