Nino Caliente is the only child of Nina Caliente and Don Lothario. He is also the nephew of Dina Goth, and the cousin of her daughter Francesca. He currently lives with his mother in Pleasantview.

Nina and Don had a casual relationship, but eventually they ended up living together in Don's home. Then suddenly, Nina fell pregnant, and both parents-to-be were horrified. However, they made a pact to stay together and care for their child. Nina's pregnancy went smoothly, and she gave birth to a baby boy who they named Nino. That night, Don ran away and left Nina and Nino while they slept. Though they had been abandoned, they ended up keeping Don's former home and were able to be comfortable.

Nina is doing her best to raise her son while still working in the Culinary career. 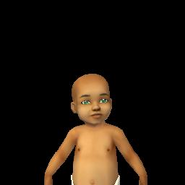 Nino Caliente as a baby. 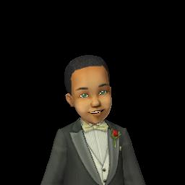 Nino Caliente as a toddler. 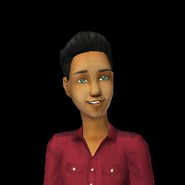 Nino Caliente as a child.
Add an image to this gallery
Retrieved from "https://sims.fandom.com/wiki/Fanon:Nino_Caliente?oldid=779250"
Community content is available under CC-BY-SA unless otherwise noted.