Fanon of Preexisting Sim
This page is about a preexisting Sim in a fanon setting. This article should not be treated as an canon article. For information about the canon Sim, visit here: Nina Caliente

Nina Dean (Nee Caliente) is a Sim featured in Vl4dimir-g0thik Riverview. She is the mother of Sofia Caliente, Trevor Dean and an unborn baby Dean.

Nina and Dina came to Riverview thanks to Dina's job. Indeed, Dina was mutated to Riverview in order to be in charge of the local restaurant. Nina accepted to follow her since she had been fired a few days before. When they arrived in town, Nina quickly socialized with her neighbors, including Elaine Joy, Shirley Lin and George Dean. She even flirted with George the night she and Dina arrived, but at first, this didn't get further. Some days later, she met Don Lothario. They felt attracted to each other, and decided to date. At the end of each date, they woohooed, and even if Nina wanted their relationship to become concrete and serious, Don only saw her as a romantic interest. As she felt alone, she began to date George Dean, thinking that she would eventually decide with which one of these two she would like to engage. Soon after, she found out she was pregnant, but she wasn't to able to tell who was the father! When she came to see Don and told him she was pregnant, he told he had a girlfriend, a serious relationship, and that he didn't want a child to mess with this. Nina then talked to George, who was really happy to have a child, even this kid wasn't his. When Nina gave birth, it seemed obvious that Sofia's father was Don. At first she didn't want to tell him. Instead, George moved in with her, and Nina received help from him and Dina to raise her daughter. One day, Don rang at the door, and he told her he learnt that Sofia was his daughter, and that he wanted to take care of her. He also announced her he was engaged to Shirley. Nina was pregnant again, so she accepted his help to raise Sofia. After giving birth to Trevor, George proposed to Nina. They married the week after and moved in their own house. 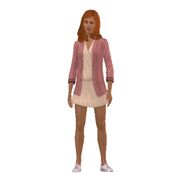 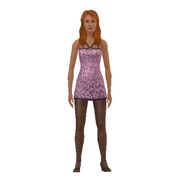 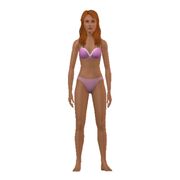 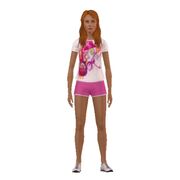 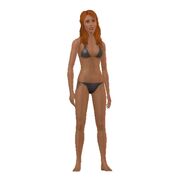 Swimwear
Add an image to this gallery

Retrieved from "https://sims.fandom.com/wiki/Fanon:Nina_Caliente_(The_Sims_3)?oldid=846245"
Community content is available under CC-BY-SA unless otherwise noted.