Niall Space is the son of Kylie and Fricorith and the younger brother of the twins Quinn and Barney. He is the baby of the family and enjoys having the attention of his whole family. His parents were a little worried what people would think as he was the same age as his uncle Allen but nobody really noticed as they lived in the main neighbourhood, Lavisha.

As a baby, Niall was known as the 'accident' in his family as most of the other births were planned. Despite this he was loved by his family a lot. His older brother and sister never resented him like Roger did to Allen and Nancy because they were mush older than him. He had a really nice childhood and got visited by his family and friends a lot.

As a toddler, Niall was taught all his toddler skills very early on by his parents as they thought this would give him a 'head start'. His father also made him a scrapbook for him as well as they wanted to remember it for a long time. He didn't really understand Amin and Atta's deaths and only recognised when Nancy and Allen moved in. He still had a fun toddlerhood and didn't even notice Nancy leaving.

As a child, Niall's cousin moved in and his aunt as well as brother and sister moved out. He was happy now there were fewer people in the house and hoped that he could be the only one left in the end. Niall aged up soon after Jeanie however, he grew up well unlike Jeanie.

As a teen, Niall immediately got obsessed with a girl he saw at a cafe. After a little research, he found out that she was the local handyman, Jason Trinket's niece. She was staying in Black waters temporarily until her mum got over her depression after her Dad left them for a store clerk called Jessie. He was obsessed with her and was sure Macey was the one even though he'd never spoken to her in his life. He decided to go to La Fiesta Tech for one reason. Macey was.

As a Young Adult, Niall moved into a dorm with a bunch of random people and Macey! Niall flirted with her and it worked! She became his girlfriend! Of course he lied about the love of mechanics but who cared? Niall was upset that his brother died but he'd never been that close but when his father died he was distraught. Hed always been closer to his dad than his mum. However, Macey felt sorry for him and they woohooed. Although Niall was sad, it had brought him and Macey together. He was ver careful around Macey when it came to romance as she had severe commitment issues and he wanted to stay with her. He always waited before she had done something herself before doing it as he didn't want tor scare her. He and Macey graduated and he suggested they move into together. She agreed but it was probably because she didn't want to live with her mum or dad and she didn't want to be a burden to her uncle anymore.

As an Adult, Niall and Macey bought a small house together and they had a nice time there. The house was small but they weren't planning to have children any time soon (if ever, according to Macey but Niall liked to hope). Niall soon noticed flaws in his life, Macey seemed distracted and was always checking her emails and the mail box but when he asked what she never replied. He noticed as well that little things of hers were disappearing. One night, Macey was extra affectionate and they woohooed where she told him that she'd always love him. He thought this was a good sign but it wasn't when he woke up, Macey was gone... Niall didn't really care after that. His brother dying barely caught his attention, the missing branch didn't bother him, in fact not even his mother's death alerted him. He just drifted through life with no real purpose. It was only at Kylie's funeral that he realised Belle needed a guardian. Niall had no other purpose and he didn't really know his niece so he volunteered. Belle came to live with him and he notice that she was exactly like Debbie except for a few minor features. She was also kind like the two of them. He loved her and he was happy without Macey for the first time but suddenly Macey came back. She came there holding a girl in her arms. Niall answered, thrilled to see her but instead of being happy to see him, Macey shoved the girl into his arms saying hurriedly she was called McKayla and she was his daughter and his responsibility. Niall just stood there dumbstruck.

Niall was pretty sure that now life would be harder than it had ever been before, especially with Belle acting up with Mckayla's arrival but it was surprisingly easy for him as Mckayla was very quiet as a toddler. If it weren't for Belle, life would have been very simple. Finally after Belle had to removed and taken to Belladonna Cove, life became very easy even though he missed having Belle around the house. For the time being at least, life seemed very kind to Niall. 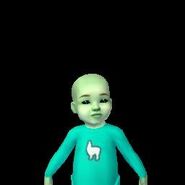 Niall Space as a baby. 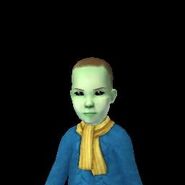 Niall Space as a Toddler. 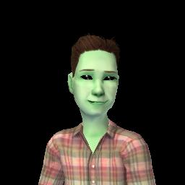 Niall Space as a Child. 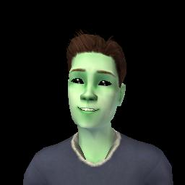 Niall Space as a Teen.

Niall Space as an Adult

Macey Trinket, Niall's ex-Girlfriend
Add an image to this gallery
Retrieved from "https://sims.fandom.com/wiki/Fanon:Niall_Space?oldid=677116"
Community content is available under CC-BY-SA unless otherwise noted.