Mike Gardener was one of the Original 8 who were abducted, altered, and had all memory from SimNation wiped clean by some unknown entity. Mike was programmed, as you can tell by his last name, to do all of the gardening.

On 3/4/1[1], Matt was doing his gardening when he was turned into a PlantSim. This was a shock to him because he didn't know why this had happened, but it didn't seem to bother anyone. In fact, it seemed to make Mike even better at gardening, which was good when winter came along.

On 4/1/3, Mike died at 50 days old (as counted from his first day in the Genesis Project since he doesn't know how old he was before that time). It was after this that Mike's secret of his son Eric and grandson Patrick were also PlantSims was revealed to the community as a whole. Mike's reasoning for keeping it hidden is unknown, but apparently he asked Eric to only reveal it to the community after his death if Eric felt that it was the best thing to do. 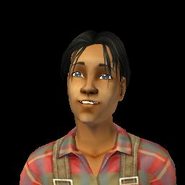 Mike as an Adult 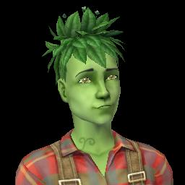 Mike as a PlantSim Adult 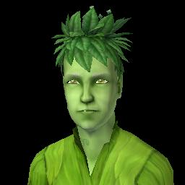 Mike as a PlantSim Elder

Retrieved from "https://sims.fandom.com/wiki/Fanon:Mike_Gardener?oldid=740276"
Community content is available under CC-BY-SA unless otherwise noted.