Max Curious is the son of Alexander and Yah Curious. Even though one of his fathers is an alien, Max doesn't show any alien genes.

Alexander and Yah didn't make it themselves easy with their relationship. Besides the fact that Alexander was noticeable older than Yah, he was also the ex-boyfriend of Yah's father! But you can't control love, so the two started dating and knew immediately that they were meant for each other. They married and shared their first WooHoo where Yah got impregnated.

The pregnancy of Yah was the talk of the town. Not because of the male impregnation because that's old news in Strangetown, but more because of the... interesting appearances of both parents. The dissappointed was big when the child was born; a normal baby boy with dark brown eyes.

In his toddlerhood it became clear that Max was almost a copy of his father Alexander. His eyes started to hang a little on the outside but this didn't make the toddler any less happier than he was. Even though Alexander didn't work Max spend more time with Yah, as Alexander was unable to do many tasks because of his age. Max learnt to walk and talk from Yah and got potty trained by Alexander.

When growing older Max noticed that his father Alexander was not like any other fathers. Even though normally Yah would be described as the weird one of the two Max got a hard time getting along with Alexander. Yah, clearly trying to fit in for two parents was desperate and tried to explain to Max that Alexander simply was too old to play catch with.

Even though he should have seen it coming, he didn't. Alexander passed away of old age and Max regretted many things. He didn't talk enough to his father, sometimes he talked to much to his father, did he hug him? Told him that he loved him? Should they have done more things his father liked? Days pass and every day adds a question. Yah tries his best to comfort his son, but it is also very hard on him. He tries to get them both out of the house and meet a few of the new people who just reside in Strangetown.

There Max meets Berni Rai, the illegitimate child of Gunnar Roque and Jasmine Rai. They get along well as they both only have one parent and grow a great friendship. When Max explains to Berni that for him this might be a bit more than friends he is hesitant. Berni never really thought of himself liking other male Sims, but he does care a lot about Max. He tries to give it a go, and after a first kiss the two start dating. 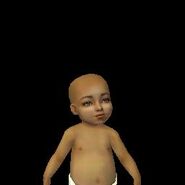 Max as a baby. 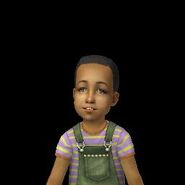 Max as a toddler. 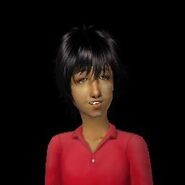 Max as a child. 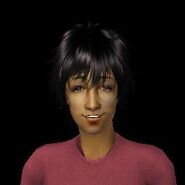 Max as a teen.
Add an image to this gallery
Retrieved from "https://sims.fandom.com/wiki/Fanon:Max_Curious?oldid=744695"
Community content is available under CC-BY-SA unless otherwise noted.