Matteo Curious is the son of Kade Curious and Malta Curious. He is the younger twinbrother of Yah Curious.

He married Kendal Curious and they got a daughter: Mara

It was a close call or Matteo and his brother Yah would have never been born! Their parents Kade and Malta met in college, and during that time Kade was dating his boyfriend Alexander. However, Alexander got so jealous that they broke up and Kade fell in love with Malta.

Matteo was born together with his brother Yah. Yah is an alien while Matteo is dark skinned, this combination is quite uncommon, so it's no surprise that in the neighborhood many eyebrows lifted when these two were shown.

Malta taught Matteo's toddler skills (walking, talking and potty training) and this is probably the reason why Matteo grew close to his mother.

As a child he and his brother got into private school, and they both didn't take long to get their first A+ report card. He became BFF's with his mother and also developed a little obsession on dinosaurs, although it's only seen in his stuffed animal collection.

When turning into a teen Matteo chooses the Knowledge aspiration (DINOSAURS!). He enjoys reading and learning about dinosaurs, but also likes to entertain the ladies (and fails horribly). But one girl liked his goofiness and the two start dating. The girl is called Kendal Lawson and she is also the girl Matteo shares his first kiss with.

Matteo moves together with his brother Yah to the original Curious household, but never loses contact with Kendal, he hopes that she might want to move in with him. She isn't easy on him, but she agrees to move in with him. However on one condition; Matteo has to propose to her. He doesn't have to think long about this so the two get engaged. When married Kendal discovers that she is pregnant, she gives birth to Mara.

After the birth of his daughter he gets a career in the education sector. Surprisingly he climbs up fast, earning promotion after promotion. At home he teaches Mara how to use the potty, as that is the only thing Kendal thought was too dirty to do herself. At an incredibly young age he becomes a minister of education and fulfils his lifetime want. 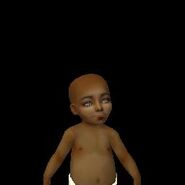 Matteo as a baby. 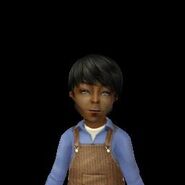 Matteo as a toddler. 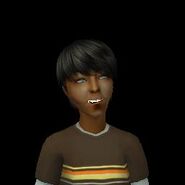 Matteo as a child. 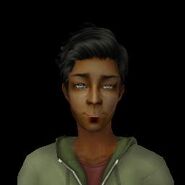 Matteo as a teen. 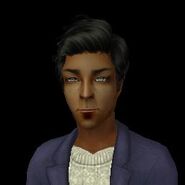 Matteo as an adult.
Add an image to this gallery
Retrieved from "https://sims.fandom.com/wiki/Fanon:Matteo_Curious?oldid=886236"
Community content is available under CC-BY-SA unless otherwise noted.