Mara Curious is the daughter of Matteo and Kendal Curious. She is one of the few girls born in the fifth generation of the Curious family.

Matteo and Kendal go way back, as they were high school sweethearts. After graduation they weren't sure if they wanted to stay together, but no one ever took initiative to break up. On the contrary, they moved in together and the next step seemed normal: marriage. Not much later Kendal turned out to be pregnant.

Mara was born! A beautiful baby girl, calm and almost unnoted compared to her cousin Max, who's fathers are the talk of the town.

With loving parents Mara learned how to walk and talk by her mother Kendal, and she got potty trained by her father Matteo.

Although Mara was close to her father, and just accepted her mother the way she is, she started to notice that here parents were a bit... boring! To not disappoint her parents she choose the fortune aspiration, but she was sure there had to be more in life than school and studying. Mara never had many friends and never really cared about them.

She met distant relative Riley Curious and Mara thought the girl with bright green skin and weird glasses was amazing! She knew her mom would be shocked by this friendship, and that was only a reason to like Riley even more. Riley also taught her a very important thing Kendal never did; boys! Riley introduces her to Amin Couderc, an old flame of her mother who stayed suspiciously young. Mara and Amin hit it really off, and Mara shares her first kiss with him. 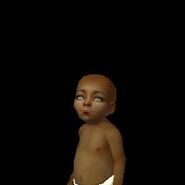 Mara as a baby. 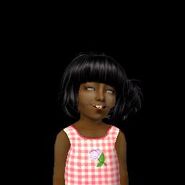 Mara as a toddler. 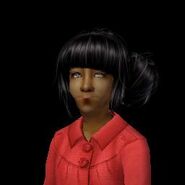 Mara as a child. 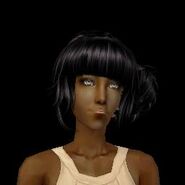 Mara as a teen.
Add an image to this gallery
Retrieved from "https://sims.fandom.com/wiki/Fanon:Mara_Curious?oldid=743058"
Community content is available under CC-BY-SA unless otherwise noted.