Malta Curious (née Landgraab) is the daughter of Malcolm Landgraab IV and Pollination Technician. She is married to Kade Curious and is mother of their twins Yah and Matteo.

Malta is born in Bluewater Village, a small district in Riverblossom Hills. She is the result of an alien impregnation of her father, the wealthy Malcolm Landgraab IV. It is unlikely that her alien father Pollination Technician is the same PT as Nikto and Klatu's, as they show quite different genes in their descendants.

Different from Strangetown, where the Curious family resides, is the whole alien thing not so common and accepted in Riverblossom Hills. She grows up with hardly any friends and is mostly of her time considered as a freak.

Malta and Kade find a home after finishing college and marry not much later. Malta gets a job in the medicine career, but has to leave for maternity leave again. She gives birth to twin boys Yah and Matteo Curious. She taught Matteo how to walk and talk and also potty trained him, later in their lives she put the boys in private school.

When her boys are grown up they leave the house and leave Malta alone with her husband Kade. She decides to retire so she can pay more attention to her hobbies and her husband. 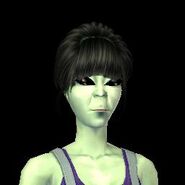 Malta as a teen. 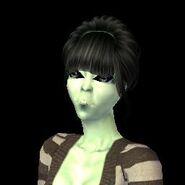 Malta as a young adult. 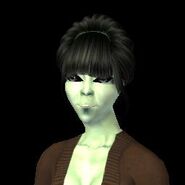 Malta as an adult. 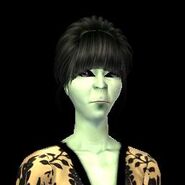 Malta as an elder.
Add an image to this gallery
Retrieved from "https://sims.fandom.com/wiki/Fanon:Malta_Curious?oldid=886237"
Community content is available under CC-BY-SA unless otherwise noted.